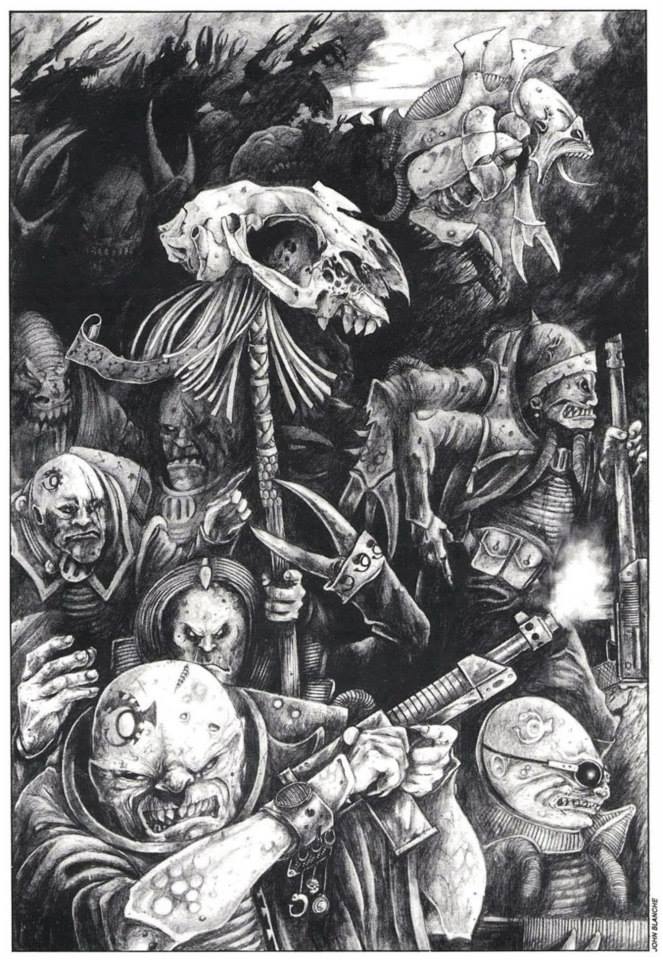 There's a lot of exciting rumour coming out of late, and I'm sure most of you interested in 40k will have heard the rumblings about a harlequin-sized release for the genestealer cult. You can read a bit about it here. It's popped up in a couple of places now alongside the more solid adeptus mechanicus rumours. Considering my current project is and adeptus mechanicus cult, happy days.

A genestealer cult codex for warhammer 40k would suck me right back in to giving current 40k a shot. It seems plausible given the new mini release for harlequins. This got me thinking, what would a current release include? It seems to make sense for GW, as they could incorporate loads of existing kits such as the broodlord, Imperial guard, plastics genestealers etc.

The new kits would have to include a hybrid kit. Even the thought of it makes me weak at the knees. Can you imagine the plasticy goodness? Whether it would be a full kit or just conversion parts for other models, is hard to call, but I would guess a full kit. I wonder would the iconic ribbed armour make it into a new release?

For other kits, a clampack magus would be probable. I don't think we'll see a hierarch or a limo. Perhaps a kit of the larger 1st generation hybrids, or something new. It could really be done with a magus and hybrid kit at a minimum, everything else is there already. The codex itself would be a boon to all cult players, ending the need to jerry-rig proxy lists. It's improved since the new allies rules came out, but it's still a pain. Even the codex on it's own would be great. Considering the frothy gushing from gamers (myself included) when cult rumours arise, I'm surprised GW hasn't gotten on this before.

I'll keep my horrific hybrid fingers crossed that this is one rumour that follows through.
Posted by Mr Saturday at 11:41 AM 29 comments: 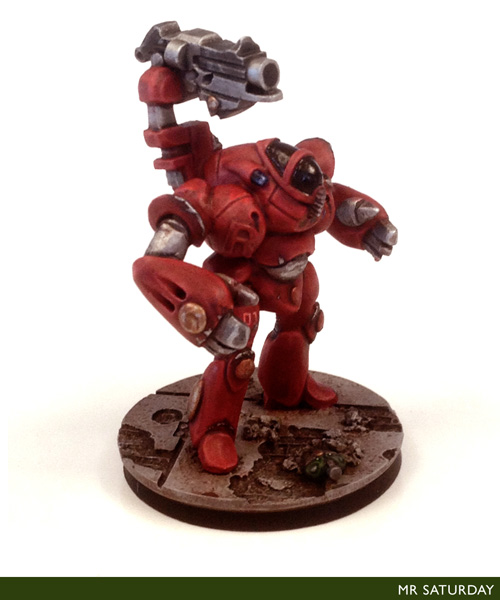 After some serious detective work I managed to get my hands on some Rogue Trader Imperial robots for use with my adeptus mechanicus genestealer cult. The first off the assembly line is this venerable castellan. It's my favourite of the old robots, and was a real treat to paint. I've kept him in mechanicus colours, albeit somewhat tarnished and battle worn. I figure the cult isn't too big on keeping it's machines in parade condition when it's fighting for control of the cities.

Next up is a controller for this automaton. I think a heirarch with a control panel will do the job nicely. 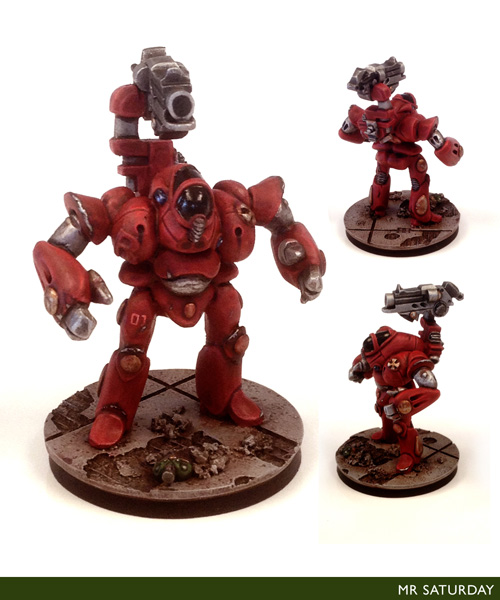 Here he is with a large hybrid for a bit of scale. He's on a 40mm base, so small by today's standards, but meaty enough for my purposes. Another four of his brethren will be joining him in time. 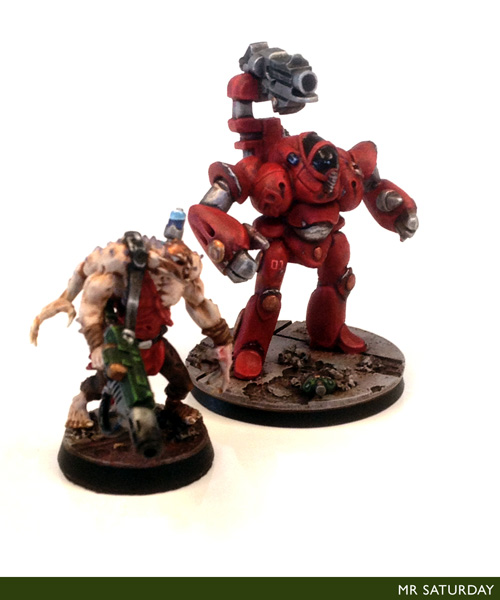