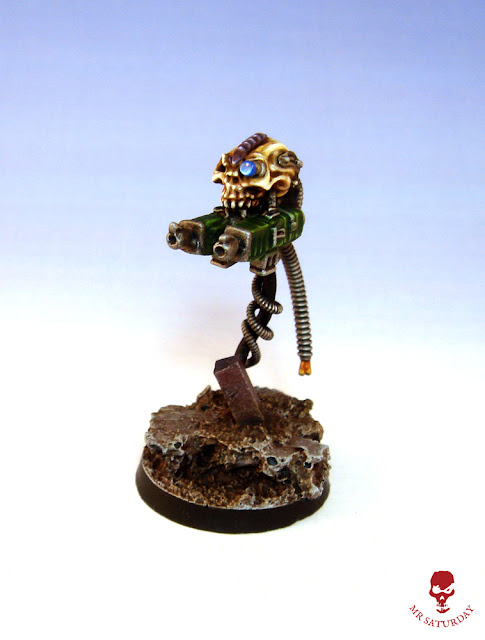 It's been a while since I added anything to my genestealer cult, the Kabeiroi. With the release of the rules for the cult in White Dwarf I decided to paint a few new additions to get the family Necromunda ready. I've wanted to paint up this gnarly gun-toting alien skull for a while. It's a long OOP fan sculpt I've had in the 'must do' box for ages. It'll be a good proxy for a familiar in the game. As my cult are a corrupted Adeptus Mechanicus temple I think he'll fit in just fine. 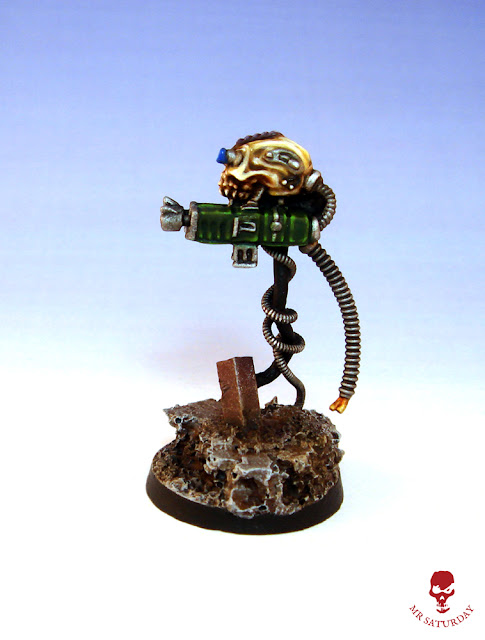 It's pretty big for a servo skull so it makes sense that it'd be the remains of a revered if unlucky purestrain. I initially just pinned it to the base with steel rod, but it looked a little lacklustre. I bent some more rod into shape and wound pewter cabling around it and pinned it all to a piece of sprue. I added the connector cable to the back to add a little motion.

I've got the cult love now, so I have a big old aberrant on the painting table. After that I might tackle an acolyte. He's a selection of the crew thus far. 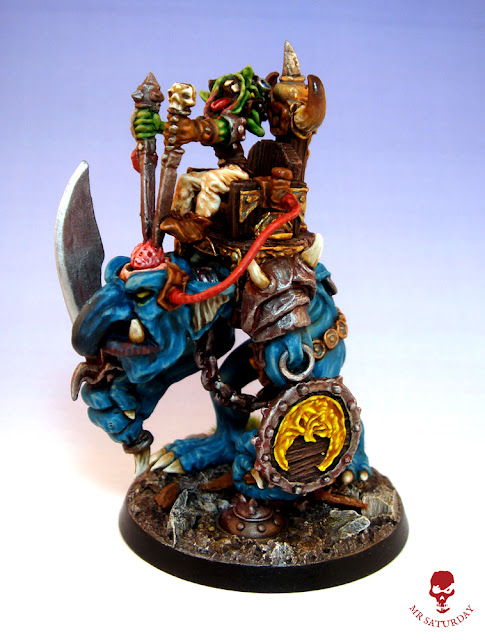 You know, I've never painted a troll before. Certainly not one like this. The poor guy is being driven around like a bumper car by an overexcited gobbo.

This bizarre and fantastic miniature was sculpted by Johan Tieldow as an entry for the first Oldhammer Sculpting competition on the Oldhammer Sculpting Group Facebook page. Some time after the competition ended the crafty Chris Nicholls of Macrocosm sent me an image of this fellow in resin. He taunted me with it. What could I do? It was too cool not to. You can see his brain!

The Meatwalker comes in several parts as you can imagine. Nine I believe. Mine is resin, but the final version will be metal.I painted him in sub assemblies keeping the arms and pilot separate. As it was my first, I went for an old school troll colour scheme. He's on a 50mm base. 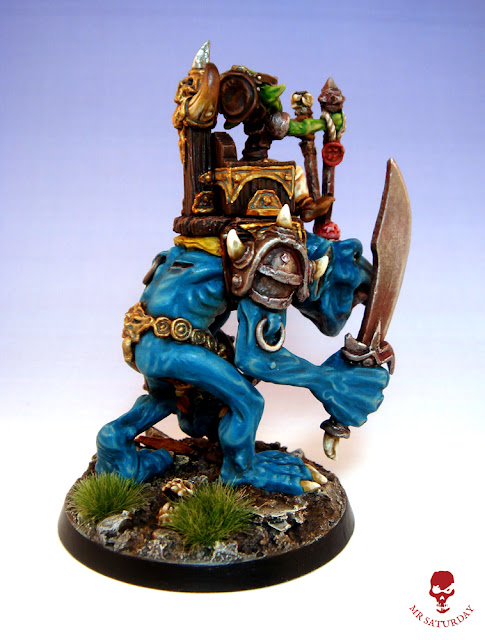 I played about with the skin quite a bit, adding blue and red glazes and working it up with creams in the highlights. He looks a bit more plausible (heh) as a result I think. I keot the metals warm and added the yellow moon on the shield to give him a little more jazz. 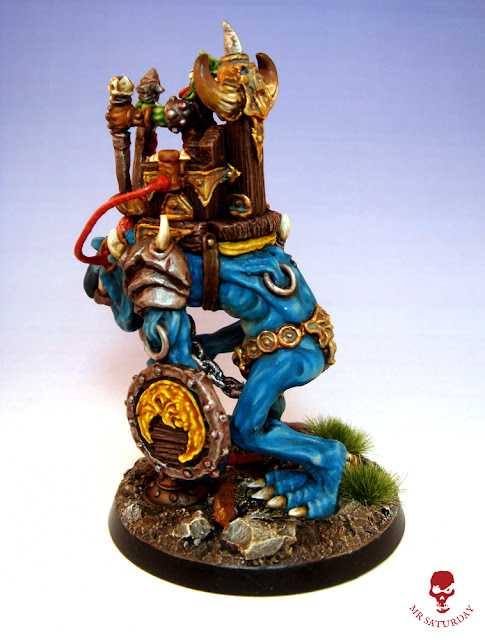 Macrocosm will be running a kickstarter to fund production of this guy soon. He'll be a great mini to have in a warband of greenskins, you don't get too many remote control trolls on the gaming tables.
Posted by Mr Saturday at 10:23 PM 16 comments: