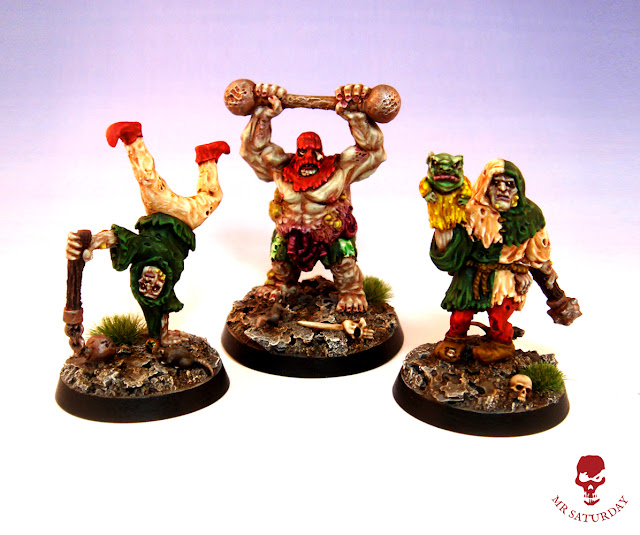 Finishing my triumvirate of Circus of Corruption sample minis we have two more of the players, Jim Carter and Coilin Brown, a puppeteer and acrobat from Old School Miniatures recent Kickstarter. You can still order the Circus from the website at KS prices here. 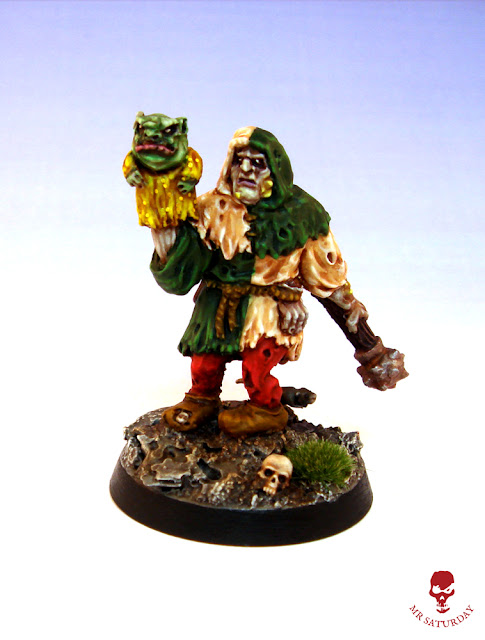 Jim Carter is a nicely creepy fellow. He looks like he is having no fun AT ALL. I only noticed when painting him he has a hand on his belt, a right hand. The same hand he's puppeteering with. Eeeeeew.

I quartered his motley to ramp up the circusiness. I do love the contrast (I can't bring myself to say juxtaposition, too much art college.) between the jolly circus theme and the depressed faces, pus-filled sores and ragged gear. To expunge all subtlety I added a rat to the base and gave the puppet a happy sprinkle of glitter on it's little robe. Hooray! 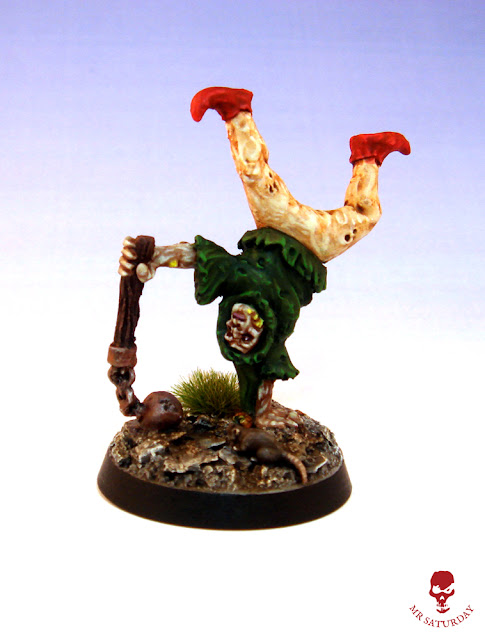 Our next player is Coilin Brown, an acrobat, tumbler and dog breeder. Okay, not a dog breeder. His older brother got the family dog-breeding business while poor Coilin was forced to strike out and make his own way. Seems things could have gone better. If only he'd listened to that nice barkeep in Wurtbad and headed South. Oh well.

He's quite a simple model, so I was tempted to add a little something by giving him badly soiled hose. Like Bridesmaids bad. I resisted though. Not sure if I made the right call, but I think it was the way to go. Gazing at his crusty hoop might have been too much for some gamers.

Again, I added a little rat to the base. This one is not sure about what's going on at all. They are great little guys for bases. From the Hellpit Abomination kit if I recall correctly. Not every rat has to be a skaven spy. These guys are just rodents. It's worth mentioning too that both the players are on 32mm bases. Bigger than usual for this kind of mini, but I thought it suited them better. They still fit on a 25mm base fine though.

I'll switch gears again now after that little trip to the circus. Something bigger next.
Posted by Mr Saturday at 3:20 PM 8 comments: