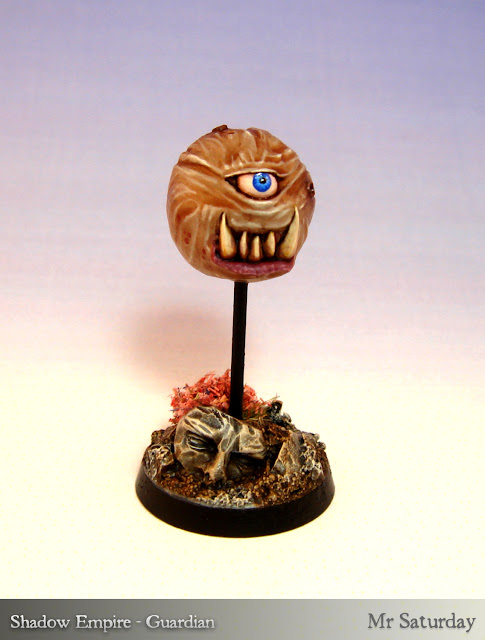 Here we have the test model for a unit of guardians for the Shadow Empire. He's from Macrocosm's range of Ball Monsters, which have a huge selection of gribbly balls. Big, small, even deflated, (and at the time of writing are on sale). There will be six, but for now there's just this fella. I'm taking the line that hundreds of years ago Lo Pan had a few more of these guys floating about than just Mr Lonely there below.

I took the scheme partly from the movie version, mostly for the darker extremities, but I changed the skin tone to make him more ruddy. The super-blue eyeball gives him a nice focal point. Painting faces is one of the most satisfying parts of painting a model, so this guy was quite pleasant to paint. 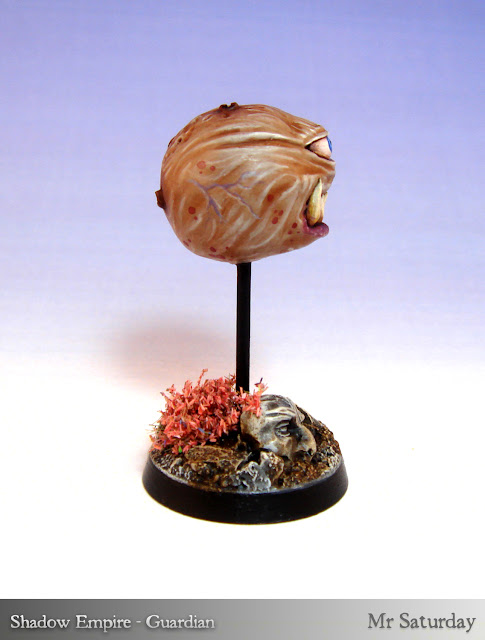 I added some veins and liver spots to break up the skin a little. With the liver spots, I found about a 70/30 water/paint mix was about right. Usually I want to avoid tide marks like crazy, but for this effect that's what I wanted. 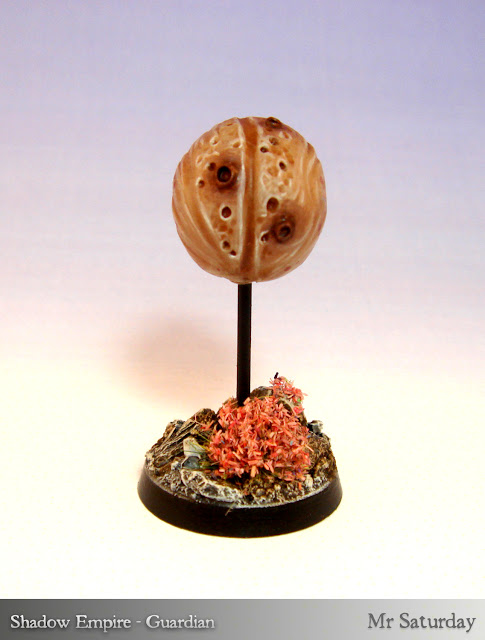 Yeah. It's like something you'd be afraid to show the doctor, isn't it?

The rest of the guardians are a mix of Bruegel-like grotesques, one-eyed, two-eyed, pitted skin, boils and so on. More when they whole gang is done, but I'll leave you with a final shot for scale. 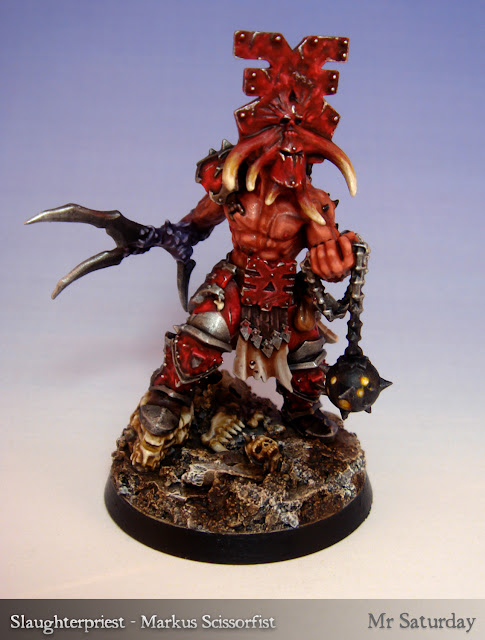 Another Khorne follower has snuck onto my painting table. This time the Slaughterpriest given away with White Dwarf some time back. I'm quite a fan of Gorechosen and Silver Tower, so I thought this lad would kill two birds with one stone. He needed more Khorne though, so I replaced his head with a Khorne head from the chaos spawn kit. I like my chaos pretty mutated too, so I gave him a big old claw from the Forsaken kit. (I LOVE the Forsaken kit. It was panned pretty badly, but I think it's full of super bits and pieces) With a giant KHORNE symbol on his head and a hand made out of knives, all subtlety was now banished and painting could begin. 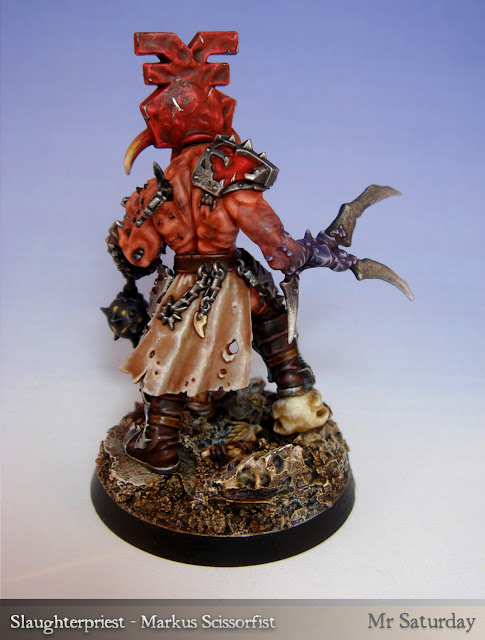 I decided to avoid brass, as I'm a contrarian. I still went full red on some armour though, I'm not a total douche. I painted him in three sections with the left leg and big old belt buckle seperate. It was the only way to get at the back of his left leg and underpants and such. What? I'd know, and that's what matters. I gotta say though, gluing painted sections together never fails to make me super nervous. One false move...

I took some painting cues from a Khorne thug I painted a while back, and they served me well enough. The pale cloth lifts the model's palette out of brown town a bit. I decided to paint his flail as if it was some manner of brazier, even though I was almost too scared to paint it it's so delicate. New technology makes super fine models a reality, but they can be fragile. I have 80s plastic orcs you could drive over and they'd be fine, but this guy's flail, yikes.

Markus here will be my champion in both Silver Tower and Gorechosen, as well as possibly heading up a delegation of nutters for Paths to Glory in Age of Sigmar. Utility, that's the ticket.

Anyhow, just for laughs, look at the size of this guy next to a Realm of Chaos thug: 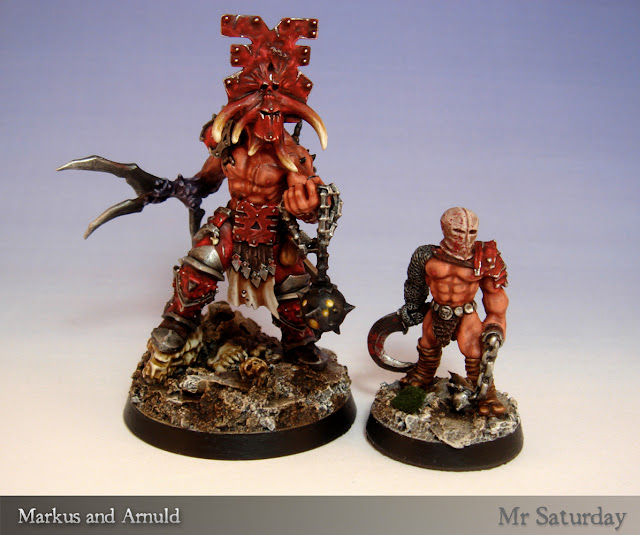 He's HUAGE. That's a 40mm base. Okay, slaughterpriests are meant to be bigger than most dudes anyway, but bloody hell. I'm still going to use them in the same warband though. 'AW, HE'S SO CUTE, LOOKIT HIS ICKLE FLAIL.' Markus will say.
Posted by Mr Saturday at 11:50 PM 12 comments: