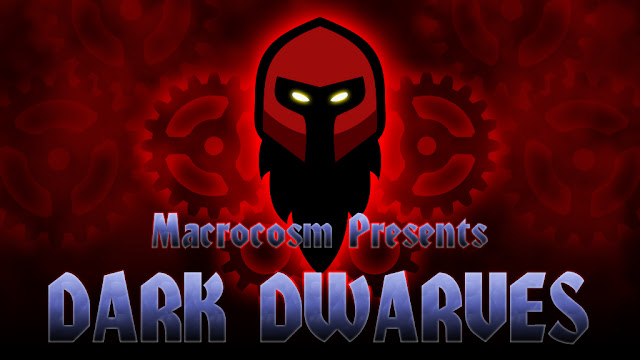 Chris over at Macrocosm has just launched his latest Kickstarter, Dark Dwarves. Being a long time chaos dwarf fan, I'm pretty intrigued by this, especially as they are more in the 'spiky stunty' style. There are a lot of the units you'd hope for, handgunners, crossbowmen, axemen, but also more esoteric units, like the 2 man mortar and weapons teams like the bazooka,  flame thrower and gatling gun. 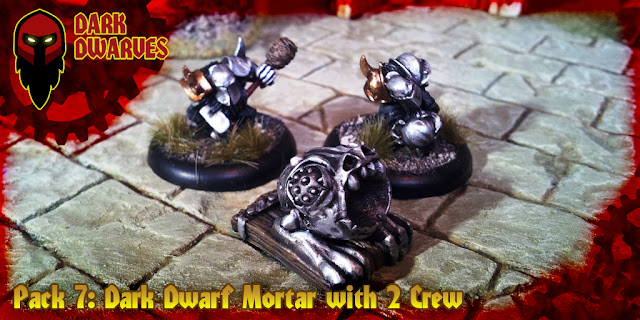 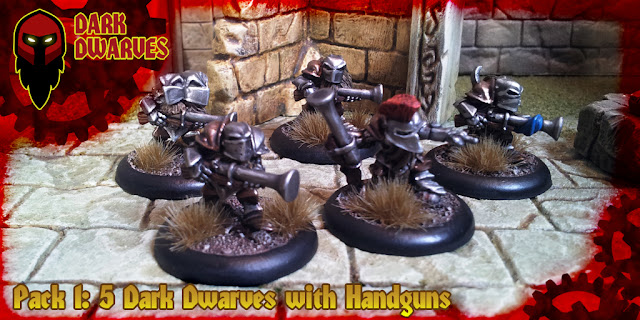 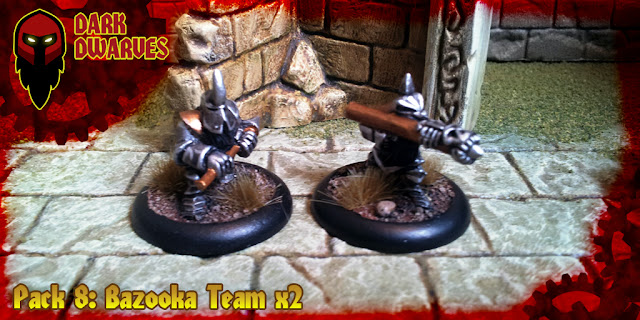 So if you're looking for some great value evil dwarves, head on over and take a look. The add on section is also offering some deals on the crazy popular Monster Balls from Macrocosm's previous Kickstarter. They're pretty hilarious and have a lot of gaming uses. The ball of steel is something I'll have to pick up myself I think. Who doesn't want a giant floating armoured cyclops ball? 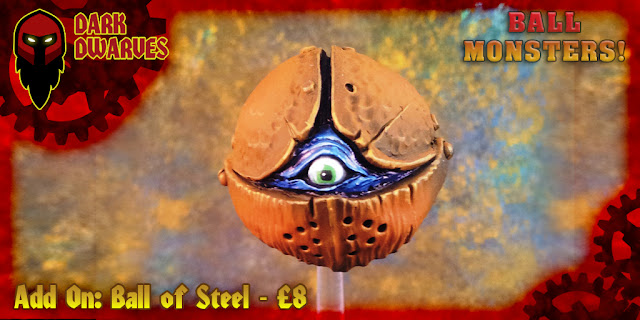 Posted by Mr Saturday at 1:09 PM No comments: