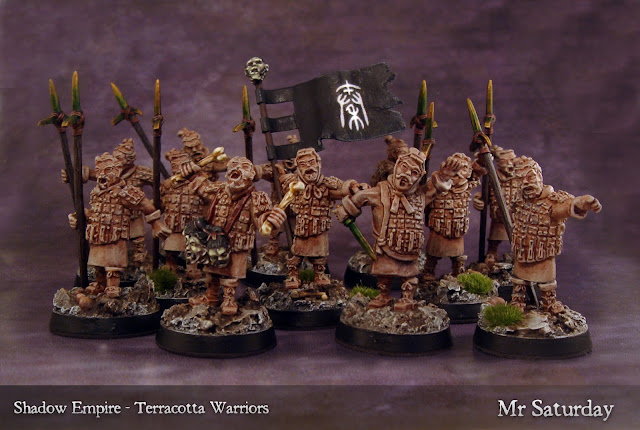 My first unit for my mythological Chinese/ undead Cathayan army for Dragon Rampant is done, a unit of terracotta warriors. A four point heavy Infantry unit with the 'Undead - No Feelings' rule. Lo-Pan's rank and file.

I'm really rather delighted with how quickly I was able to get these done. The fact they are mostly one colour helped quite a bit. I managed to pick up a large coffee table book on the tomb of the first emperor recently, which has as much reference photos as I could ever want. It did give me the idea to add some cavalry though, so expect some terracotta warriors riding bronze horses at some point. Hopefully I can source a war chariot too. 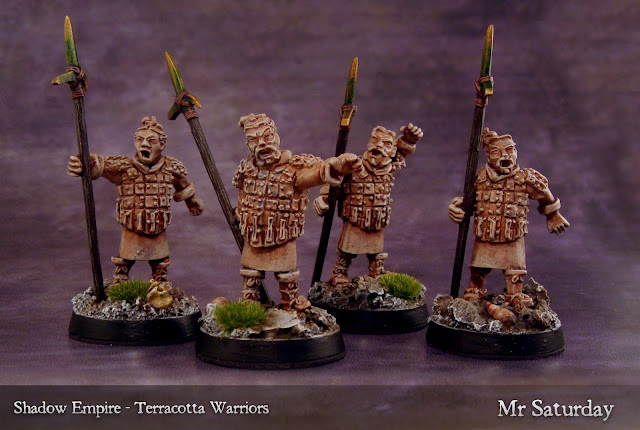 I plan on three units of the warriors ultimately, one with halberds, one with sword and shield and one with crossbows. The second unit, the swordsmen, is on the assembly table, I just need to procure some command figures, as sadly, John Jenkins no longer sells the terracotta warrior range. Renegade Miniatures warring states range looks like a likely source of models for replacement officers and such. A little conversion work and slight mutilation with the solder pen (wearing a mask) and they should be good to go. 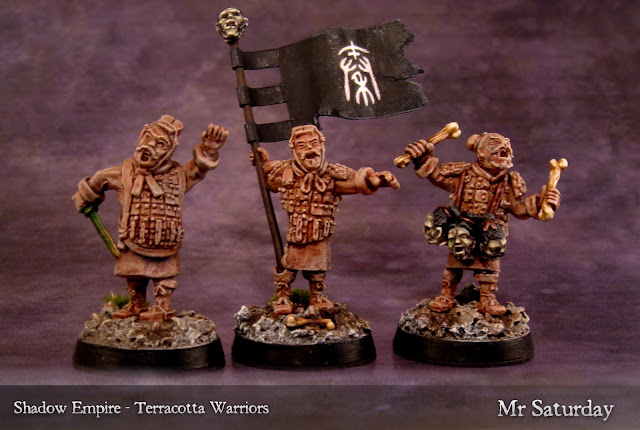 So that's four points down, twenty to go.
Posted by Mr Saturday at 11:01 PM