Cheetor and I have agreed to take a short break from the Judgement Day project.  With various other commitments at this time of year, we reckon that February first is a good time to pick things up, so Judgement Day #35 will be posted on that date.

Cheetor has a swanky array where you can see all the entries for Judgement Day so far here.

Thanks for your enthusiasm for the project in 2015!
Posted by Mr Saturday at 4:58 PM 4 comments: 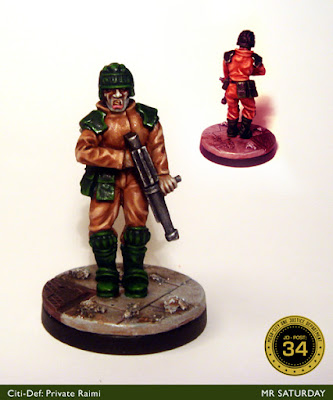 This week Judge Williams gets someone to boss around as the first member of his squad is painted. Private Raimi of Bruce Campbell block Citi-Def front and centre.

The idea of roving groups of legalised militia toting lots of guns and not so much training or discipline seemed crazy when I was reading 2000AD as a kid. These days, not so much. 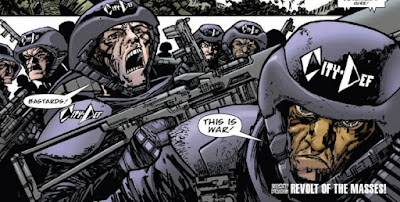 I agonised and procrastinated over the colour scheme for these guys, finding, in the end, some photos of American riot police and early 20th century American football gear that gave me some ideas. I've made Raimi a little haggard, as I enjoy painting haggard faces, and I've set this group up as an Apocalypse War resistance unit to face off against my Sovs.

There are several interesting sculpts in the Citi-Def box, not least the sarge, so I'm looking forward to adding to the squad.

A brother of a hobbyist friend of mine is going through some very serious medical procedures at the moment. It is putting serious financial pressure on his family at a time when they have a lot more important things to be thinking about.

Some friends and I have supplied some toy soldier items – often limited or unreleased items – for Ebay auction this week, with all proceeds going directly to the family involved.  The link to the ‘Love For A Brother’s Brother Charity Thing’ auctions is here.


Check it out to see if there is anything that takes your fancy and know that if you do indulge, that it is for a good cause. If the items for sale are not quite your thing then feel free to contribute to the gofundme charity fundraiser if you like.


Thanks for reading.
Posted by Mr Saturday at 10:02 AM No comments:

Email ThisBlogThis!Share to TwitterShare to FacebookShare to Pinterest
Labels: Charity 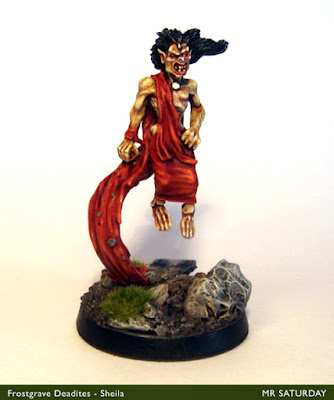 I've just finished the first member of my Frostgrave Deadite warband, Sheila. Most of the warband will consist of Bob Olley undead, as they strike me as very much deadite looking. For the apprentice though, I needed a Sheila. I've had this model for some years, and it's nice to finally find a home for it. This version, to my mind, is Sheila after a couple more years as a deadite. Possession just ruins the complexion. 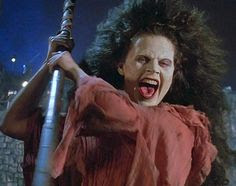 Frostgrave is themed warband heaven. As the types of soldier are so generic, knight, thief, thug etc, you can make a warband out of almost anything. It'll be hard not to build and Ash led human warband to oppose the Deadites. I'm already looking at the Hasselfree Oakley with covetous eyes.
Posted by Mr Saturday at 3:12 PM 9 comments: