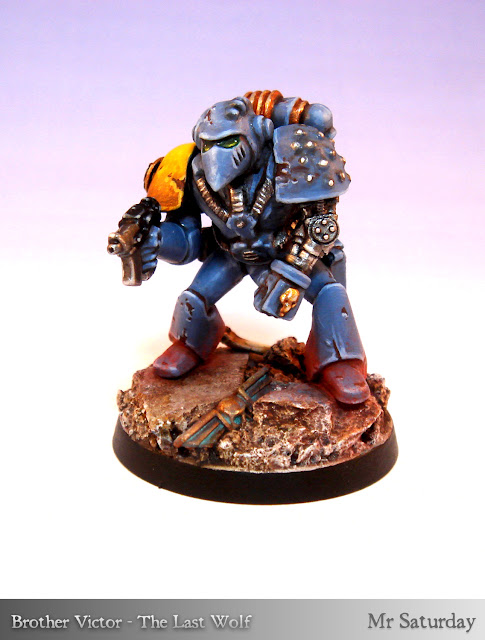 What's this? A space marine? A space wolf at that. What's going on here then?

Well, I have almost no interest in space wolves, but brother Victor here, he's special. He was rescued from the edge, this one.

About a year ago, I was trawling the Wargaming Trading page on Facebook when I see the most forlorn looking minature. He has seen some action in his time. This was the poor fellow as he was then: 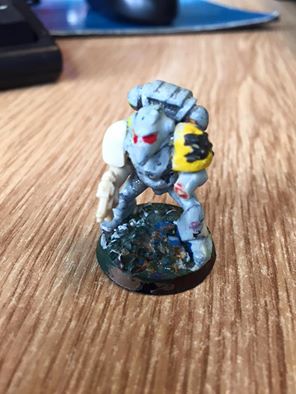 Yeesh. The post with it read thus: "Ey up, I just found this thing in the pond at Victoria park. I washed the mud off and it looks like a vintage space marine? I think it has been based with cat litter, and painted with Dulux emulsion. Anyone interested?"

Something stirred in me. I have a terrible need to rescue old broken minis. I instantly sent a PM. It turns out perhaps he may just have been in a box for the last twenty years, but in my mind he had been recovered from the deep, and soon he was on the way to me. This is the image I had in my head for him once he arrived: 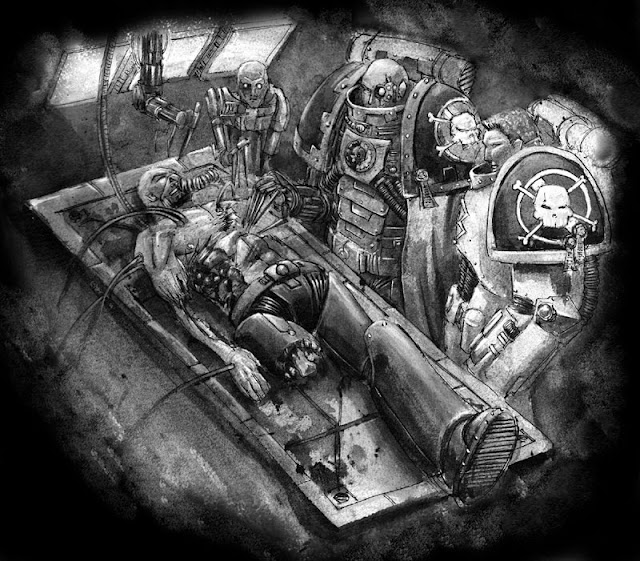 So, our fallen brother soon came tumbling through the letterbox. I set to work stripping and carving off the literally centimetres of glue gumming up our brave marines battered armour. 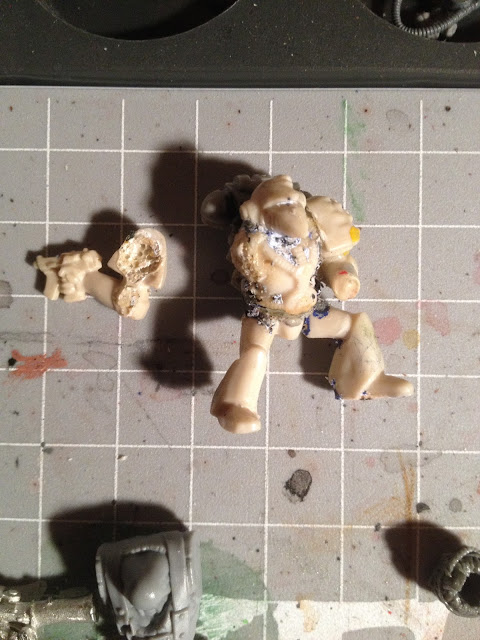 Just look at that. Jeesbus. Any man with sense would have administered the Emperor's mercy and sadly moved on. Not this guy. By the throne, this marine would see action again. Victor's left arm was a loss, so I thought it would be fitting to equip him with a new prosthetic. So, after carving, scrubbing, whittling and sanding, Victor was back on his feet. 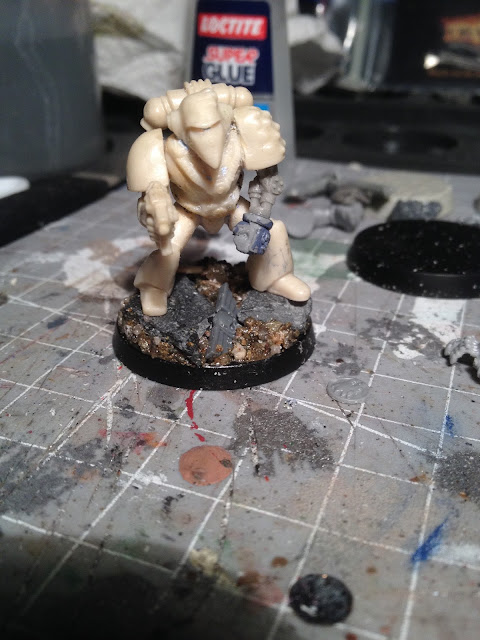 And so he remained for many months. Other projects took my attention away from our veteran and he sat on the to-do shelf. Recently though, I was in the market for a 40k hunter, and who better than a forlorn son of Fenris? The final stage began and Victor hit the painting table. Some brush tickling later, and our space wolf was finally ready to return to the grim darkness of the far future. 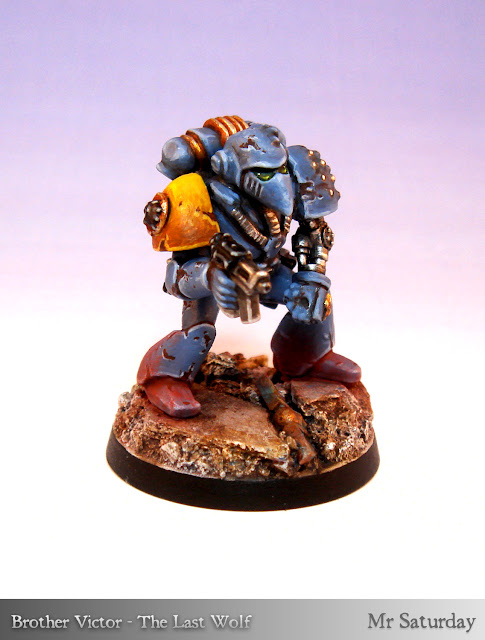 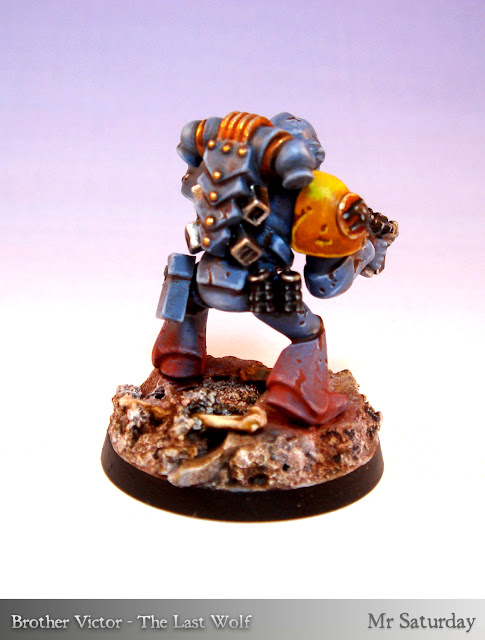 Wow, Bolt pistols were small back in the day. It's like a derringer.

With Victor back in action and the current events on Fenris, I think it could be fun to have this lone wolf leading a warband of serfs and Fenrisian survivors. A servitor, couple of hairy tribesmen, Fenrisian wolf, maybe a chapter serf. Could be interesting.