I've been mulling over how to build hybrids over the last couple of days, in between glazing bog mummies and priming giant worms. My, but there's a lot of companies making cool bits out there these days.

I have a pretty good idea how I want my cult brethren to look. If anyone remembers house Harkonnen from Dune, that's pretty much it. It looks to me like Bob Olley might have been a bit influenced by Dune when he was sculpting the original hybrids too, they have a lot of that ribbed cowl thing going on, so happy days. How do I emulate that with today's components though? 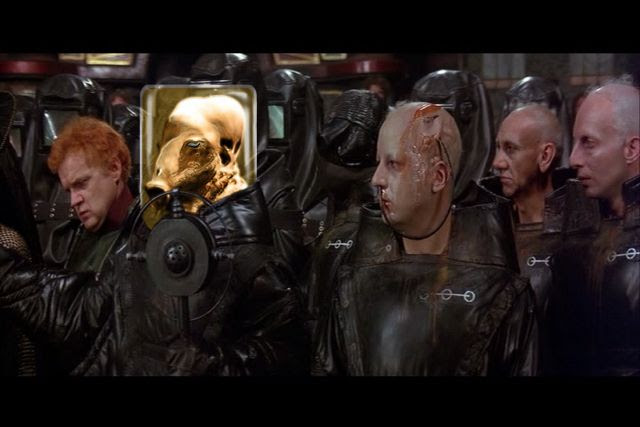 Fimm sent me a few links earlier, and the Victoria Miniatures one did have some great stuff there. The bald heads and gas mask heads are certainly really useful.

I've seen some recent cults use ghoul heads from the GW kit. I think that's a great idea for maybe 2nd or 3rd generation hybrids. As to bodies, I've seen a couple of options. I like the greatcoat idea, so there are some possibilities I've seen thus far. Meridean Miniatures are doing a Kickstarter for their Steampunk army, and there's some nice greatcoat bodies in the set. As my cult are a corrupted adeptus mechanicus order, the steampunky look to these is perfect. I wonder would they take GW Cadian arms? The also do very nice mechanicus style heads. Look at set C. I 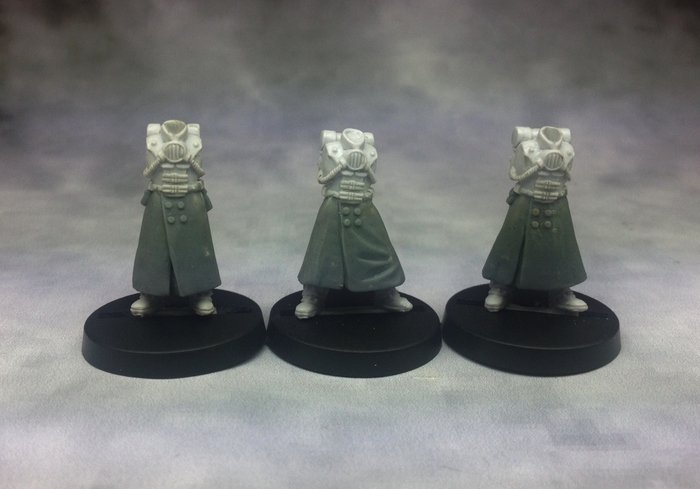 For the hybrid bits, obviously the tyranid range from GW has lots of stuff that can be used. The modern genestealers are quite different is design from the older stealer, so I'll proabably be chopping up some old space hulk stealers for parts. Hybrid heads are the biggie though. Sure, ghoul heads are good, but I need something more appropriate for a 1st or 2nd gen. MaxMini do alien hybrid heads, but I'm not too gone on them. They also do nice mechanicus type heads.

Apart from that, I'm still on the lookout. I do have a few 1st edition GW plastic guardsmen I might use as brood brothers. They feel cult to me, but my own take on it might not suit them. I did come across GW crypt horrors used as giant hybrids, which is genius. They might make nice weapon teams, ogryns or somesuch. Then or course there's the whole chaos element. I don't want to go too mental with mutations, spikes etc. The odd chaos runesword, chaos symbol (thinking of Khorne for nostalgia, but Tzeentch fits the cult vibe better) and maybe individualise the purestrains a bit.

Early days, I guess I better read some rules too, I haven't played 40k since 3rd edition...
Posted by Mr Saturday at 10:54 AM