It's Christmas on the Mumblings - Chaos Style 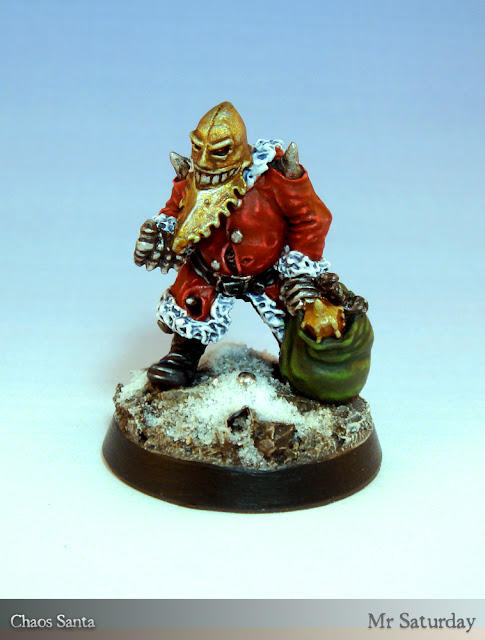 I've painted this festive fellow up for the Scale Creep Christmas post. I've not had him too long, having spent a good long while tracking him down. He's a lovely chunky old chap, and after battling flash and mould lines, he was painted up in utterly traditional Christmas colours, which seem to make him a devotee of Khorne. There are some mind-bending nooks and crannies to get paint into, but he's such a nice sculpt I didn't mind too much. 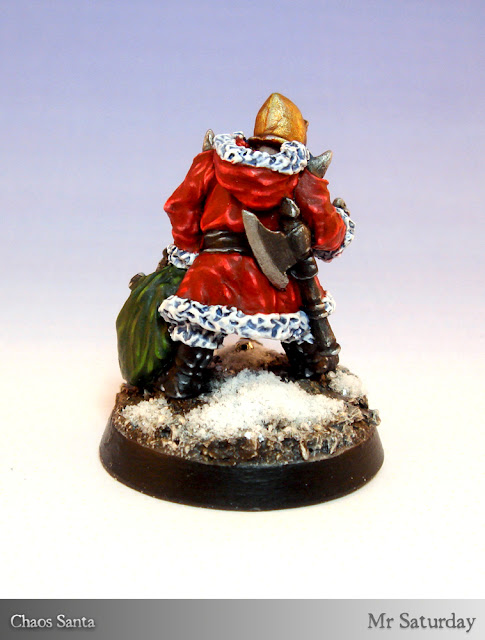 I have never used snow effects on my bases, but I had some Hudson & Allen slush and snow that has been in my basing box for years. I put down a layer of slush, then when that way dry I added the snow. I thought of adding some glitter into the snow mix for extra Christmasness, but then I forgot. Still, the sparkle from the slush is plenty shiny anyway.

So, with that, I imagine this will be my last model of 2016. It's been a productive year. I'll most likely do a look back over the year soon, and think about the projects for 2017. There are already more lined up than I have the possibility of completing. Anyway, thanks for reading, and a Merry Christmas to all the readers of the Mumblings!
Posted by Mr Saturday at 7:02 PM 6 comments:

The HeroQuest Hero Quest - The Gargoyle 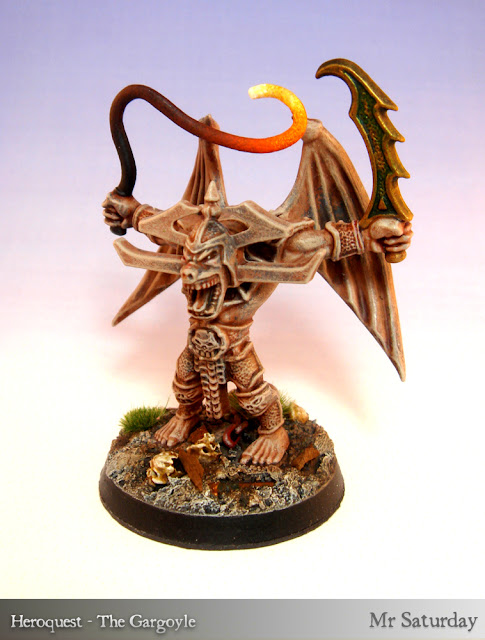 Taking a break from Chinese monsters, I set aside some time to paint up my entry for the ScaleCreep HeroQuest Hero Quest, the gargoyle. You can see him here. It was a treat painting this guy, he's been in my gaming subconscious for decades.

I painted him with the same recipe as my terracotta warriors. He will most likely serve in the Shadow Empire army as an animated statue of Ching Dai (LoPan's boss). His armour does have an oriental vibe anyhow. He may also see action as part of a Khorne warband, I like the idea of a walking shrine extorting the chaos warriors to even more acts of devotional butchery. 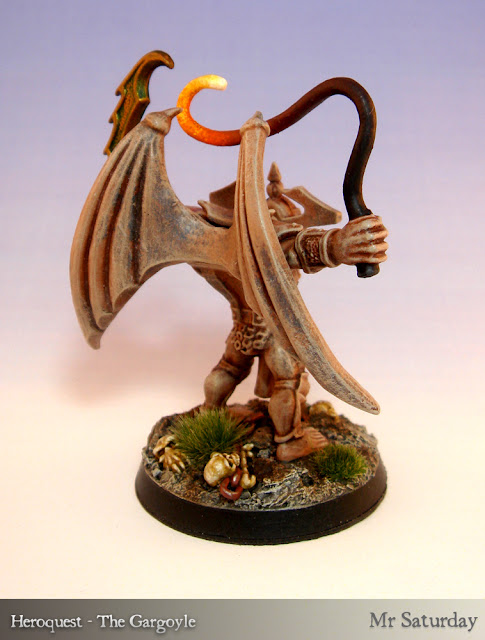