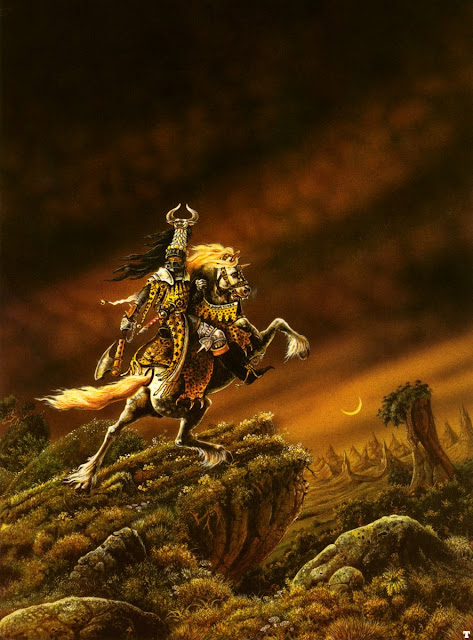 I've spent a long time ruminating over this one. I'm sure you lot are sick to the gills reading posts on folks opinions on the Age of Sigmar. The turmoil in the gaming community has been nothing short of apocalyptic over the last few weeks. I've tried to navigate these emotionally charged fracas without getting too drawn in, but the depth of feeling is apparent. I've come to the point where I think I'm ready to comment on it all, so here we go.

Okay. For the duration of the post I'm going to dispense with the shield of non commitment and gnarly gamer cynicism. This is too big a deal to gloss over with middle of the road opinions. Ready? There may be tears.

Warhammer is not just a game, for me.

Now, there you go. I can hear eyes rolling all over the net, so let me qualify that statement. First off, Warhammer is not my entire world. I am married with a family, I enjoy sunshine and going outside, I can hold and enjoy a conversation about things other than gaming, my neck is hair free and I am a (mostly) jovial fellow.

Warhammer is a hobby for me, and one I've heavily invested in since I was twelve. That's twenty nine years ago. As with most hobbies, a hefty dose of love has gone in there too, and we are protective of the things we love. The Old World and it's denizens has been, and continues to be (we'll get to that later) a ready source of inspiration and enjoyment for most of my life. At heart I'm most interested in the story, and it's depth and breadth have given me countless ideas for campaigns, armies, themes, characters, conversions and on and on. I've raised regiments of the undead for Morbius the Necromancer. I've assembled clans of fimir to fight for their Meargh and bands of madmen from the North intent on despoiling the soft lands of the South. I've fought against elves that danced around my warriors refusing to just die, annihilated scores of dwarves with dark magic, been trampled under the hooves of Bretonnian knights. I've trapped and torn apart mobs of orcs and landed longboats full of Norsemen on the beaches of Albion. I've made bitter enemies on the tabletop and stalwart friends in the pub after. 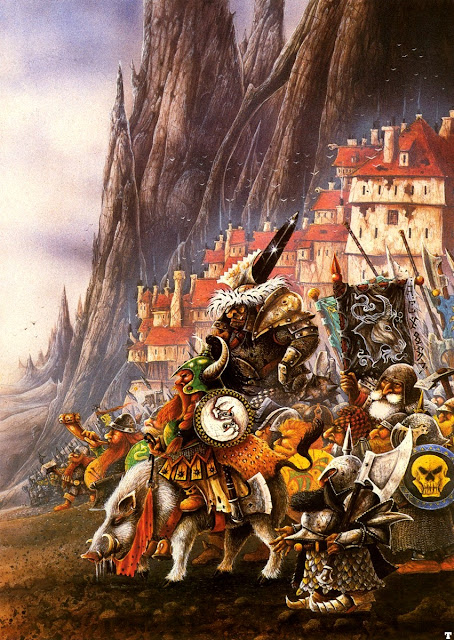 You're probably getting to the point where you're saying "But you can still do all that. Get a grip Princess." You'd be right, I can still play games in the setting. I have plenty of plans to continue my adventures in the Old World and I'm an active member of the Oldhammer community. But, let me compare the end of the Warhammer world to the death of a favourite musician. I can still listen to their music, but it will always be tinged with sadness knowing I'll never see them live again, and they won't be making any more music, and the simple fact that they are gone. The death of Warhammer Fantasy feels like nothing short of losing an old friend.

Our hobby thrives on social interaction. I've made a lot of friends through gaming, and several directly through Warhammer and mutual enthusiasm for the setting. From now on there won't be any more tournaments for 8th unless someone gets it together pretty fast and creates a central living rulebook similar to BloodBowl, the perfect example of a Games Workshop orphan that thrives. (The difference there is Bloodbowl only requires a team and pitch, not masses of ranked warriors.) The banter at tournaments is one of the main reasons to go. The conversations on various points of list building, army themes, painting techniques and the Warhammer background will begin to become more infrequent now as tournaments falter and folks drift away to other games. Thank the powers for Oldhammer.

I still can't get my head around the decision to destroy the entire setting. I understand the business arguments and the zealous re-branding to create an indomitable IP fortress for Games Workshop. I do. It seems like one hell of a gamble though. Thirty years of lovingly crafted lore literally gone up in smoke. To me it seems like nothing short of vandalism. 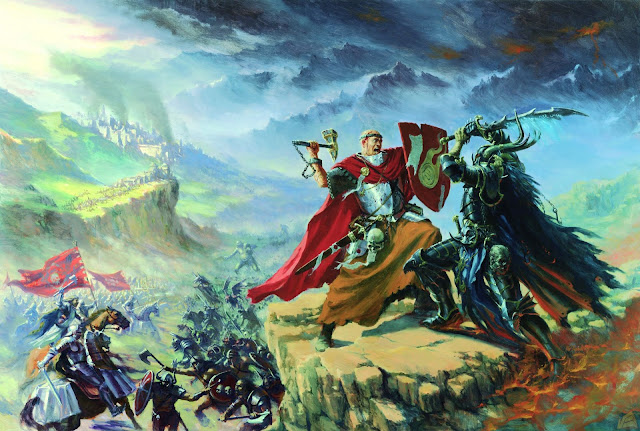 I've spoken nothing of rules, you may have noticed. The rules were always secondary to the setting for me, but I will miss them. The weren't perfect, 8th sometimes became a game of killer spells and killer combos, but in general it was a great edition. Hell, I love 3rd edition, but that has plenty of holes in it. The Warhammer rules had pedigree. They game could have done with an overhaul, but annihilation? Things must have been worse than we thought.

Which brings us to the new incarnation of Warhammer, Age of Sigmar. When I first saw the initial images, I thought it was a joke. This looked like some serious He-Man action. There was even a Cringer some golden guy was riding. I grew more and more appalled as more and more news surfaced. Sigmarite? Bloodsecrator? Ayzrheim?! Aelfs?!!!

But, in time I softened. I deciced to give Age of Sigmar a go. The Stormcast Eternals are growing on me. I actually like the liberators. The Khorne Blood warriors look like they should be in a Gwar gig, but that's a good thing in my book. The quality of the models in the starter box is pretty high, as you would expect from Games Workshop, but these are a step up even for them. I'm talking about technical quality now, not the aesthetics of the models themselves, which has folks divided. For myself, I think they are pretty great in an over the top high fantasy way. They're like a 1970s airbrushed rock album cover. Again, not a terrible thing. It's not a toothless Empire militiaman wrestling with a starving orc in the mud outside Nuln for a meaty bone, it's shiny. Super shiny. Ride the lightning shiny.

The setting is pretty thin so far, are they on a planet? Are the eight realms magical? Where did all the humans and other races come from? I still have some reading to do. I want to like Age of Sigmar. I want it to succeed and answer all the questions we're asking it. No points? What about tournament play? What's with the crazy rules? What will happen to me when I bottle someone for putting his model on the scenic base of my monster to get in range? Okay, common sense kicks on for that one.

I have to think of Age of Sigmar as it's own game, and not a continuation of Fantasy, as the grim and dangerous feeling I have about the detonation of the Old World and all that went with it may taint my perception of the new one. It's only off the blocks, this new game, so I'll give a fair shake and see what's coming. Games Workshop want to reassure us that they are all in, as the shiny new liberator statue in front of Games Workshop's headquarters testifies to. They could have just canned Warhammer Fantasy entirely.

Let's give them a fair hearing on Age of Sigmar.