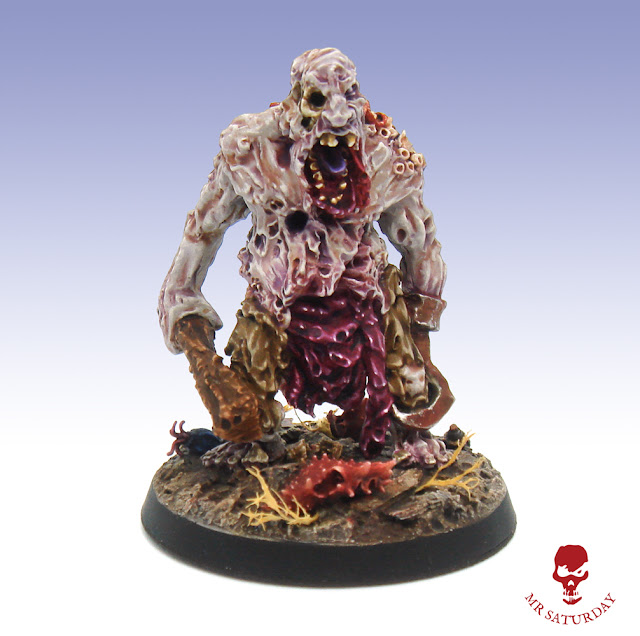 After a slight hiatus, the Mumblings returns with another undead offering for your perusal. Allow me to present Mr Hooke, or as his crewmates know him, Boarding Hooke.
Sloughing and slouching his way around the deck of the Kraken, the lumbering form of Mr Hooke is not a sight for the squeamish. His flesh, softened by his long slumber in the ocean depths, is saggy and reeking. 'Like a big loaf o wet bread ee' is.' Bosun Woodlock has been heard to say of the ponderous ogre, not entirely without affection.
Even though Hooke seems constantly on the verge of disintegration, he is shockingly resilient and devilishly strong. His flesh swallows weapons lodged in his sodden bulk while he pulverises their wielders with his club. The crew know him as Boarding Hooke due to the massive rusty hook that serves as his left hand in part, but as much for his talents in boarding actions. Despite appearances, Hooke is a strong swimmer, and can scale the side of a vessel and annihilate half the crew before they've even loaded a musket. When Hooke and Smiling Jack work in tandem they can clear a vessel in jig time.
When not splattering decks with brains and offal Hooke tends to the Kraken as a master rigger. He is quite dextrous, considering. 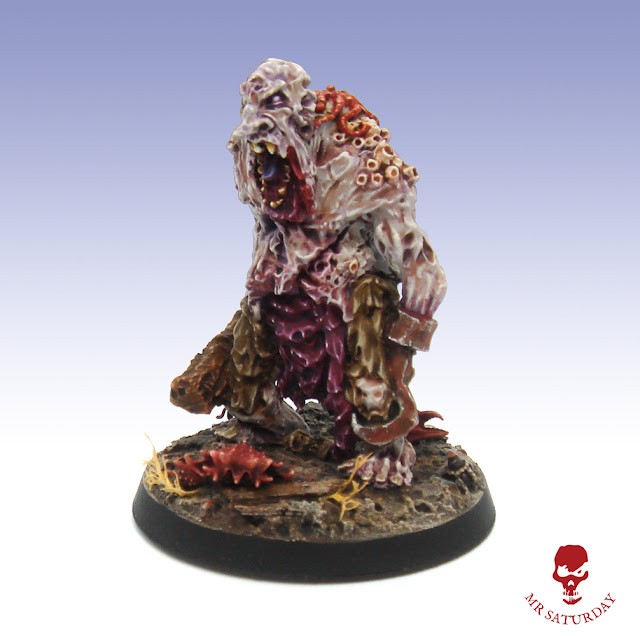 Hooke is a rather large resin Ogre from Warploque Miniatures. His large expanse of flesh was most pleasing to work on, and he is packed with detail, such as his little octopus friend on his back. I used my usual palette, though I did take GW Screamer Pink out for a spin on his intestines. It's a brilliant colour I plan on using more often. That and GW Contrast Volupus Pink are my new best pals.
His base is encrusted with marine debris, including some real crab shell that's been in my bits box about thirty years. I knew I'd get to use it one day. 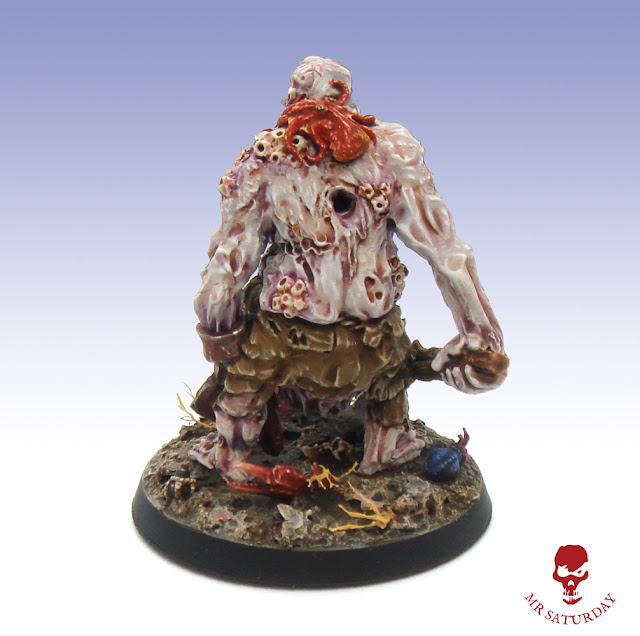 With the addition of Hooke, that brings my band of undead pirates to completion for now. I do plan on coming back to add a couple more members, but one needs a change to refresh the hobby mojo. Hopefully I will get to use them in a game of Ghost Archipelago in the not too distant future, but for now we will step down the gangplank and bid the Kraken farewell as she vanishes over the horizon. 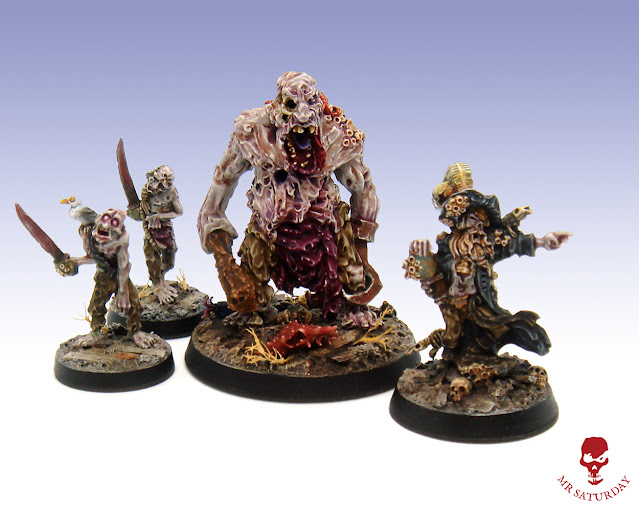