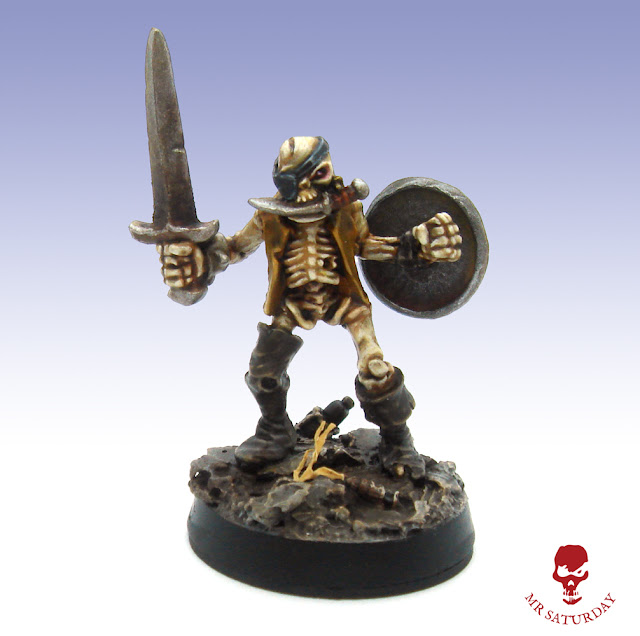 Are the things I imagine bo'sun Woodlock would be shouting at his ragged crewmen upon the deck of the Kraken. He cuts a fine figure of an undead privateer with his single high boot and eye patch, but no pants.

Woodlock here is from the old Marauder Miniatures MM/50 skeleton range. He's a little bit special as he's the Marauder Skeleton, based on the logo of the company. Check it out:

Cool eh? You don't see him about too much, and he's been waiting for the day I finally get an undead pirate crew together. Well, this is your time buddy. Get up that gangplank!

I managed to find a pleasantly appropriate shield for our bo'sun, depicting the Kraken these lads are so very fond of. I was tempted to use the Maruader Miniatures shield that has their skull logo on it, which would have had old Woodlock here fighting with a shield with his own face on it. Hilarious, but a little bit big for this mini in my view. So big squid it was. 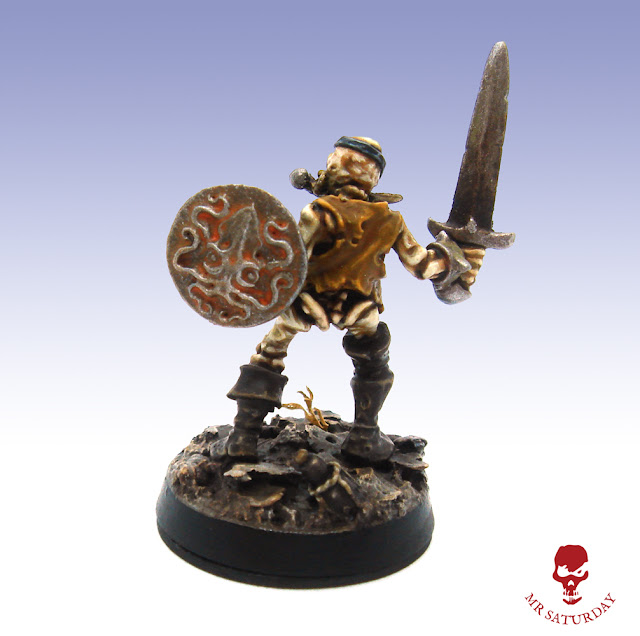 Can you see the wee rum bottle? Eh? Amazing the things you have squirrelled away in the basing box. I have some treasure piles to do, so I think at least one will be a stash of bottles of rum.

So that brings my small band to three. Next up the warden, my Old Man of the Sea, and an undead gunner. You can't have undead pirates without some rusty and ill maintained but inexplicably working firearms. 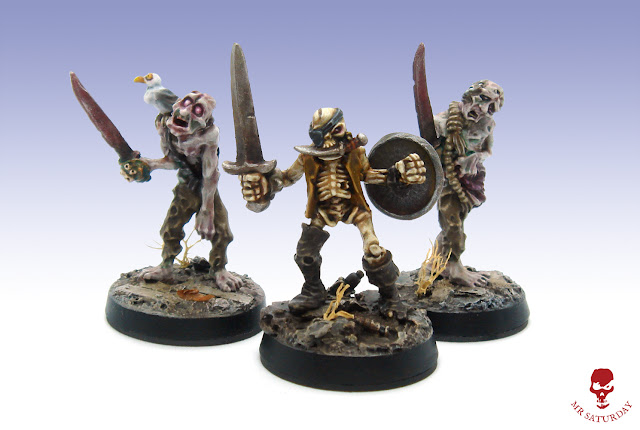