The Woods - Secrets of Shandisholm Sourcebook 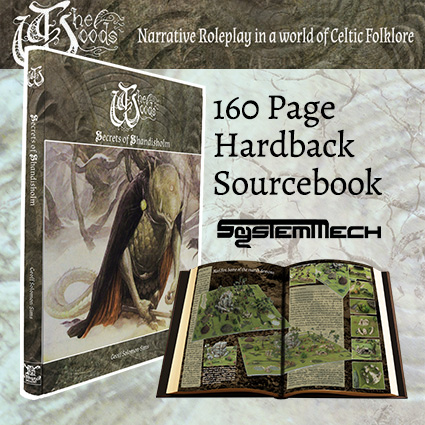 Released very recently by Oakbound Studios, Secrets of Shandisholm is a sourcebook for tabletop roleplay set in the world of The Woods. it's a world of Celtic folklore where the lives of everyday mortals brush up against the supernatural realm of the Folk.

Creatures such as the Fae, Sprites, Phooka and Nuckelavee are all detailed within, as well as the background of Shandisholm itself and all the rules for gaming in the world of The Wood using the SystemMech rules, which curiously do not require dice. The narrative always take precedence, which is something I can get behind. The book is crammed full of lovingly crafted stories and background, and anyone with even a passing interest in Celtic-style fantasy would do well to grab one.

I was lucky enough to be asked to work on a painting tutorial for a Myeri Tiarna for the book, which I had a lot of fun doing. Of course, the Myeri are of particular interest to me. The author describes them thus: They're a blend of some things which have been massive influences on me- the Heroquest Fimir, The Dark Crystal, the art of Alan Lee, Irish folklore, Polynesian carving, Inca social structures, walking in the Dartmoor countryside. It's fair to say I poured a lot of my favourite things into them!

A man after my own heart. There is a lot of detail on the Myeri in Secrets of Shandisholm. For a taster:

The Myeri's origin is shrouded in mystery, but their own myths say they were created by a god called Dagda and were intended to be a perfect society, which is why they have a caste system based on physical traits. For some reason Dagda then rejected them and cast them from their home realm, leaving them wandering through the Void until they happened upon the Mortal Realm, emerging out of the sea. They were sustained on their travels by a piece of coral from their homeland which resisted the crushing horrors of the Void and guided them to the new land. Unfortunately the power of the coral drew the attention of the Fae, which sealed the doom of the Myeri and caused them to be scattered into the fens. 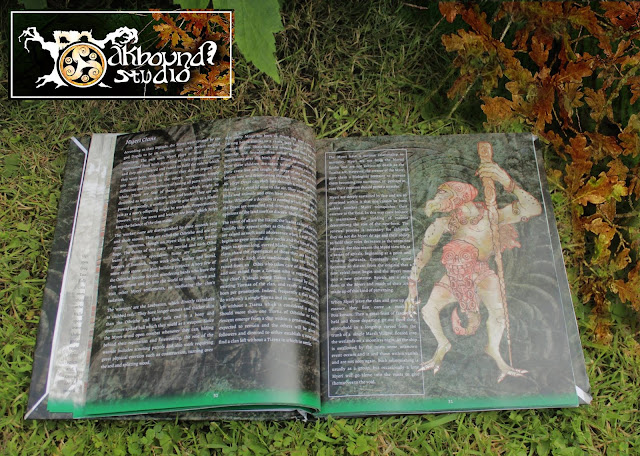 It's pretty fair to say a lot of love has gone into this book. The Myeri are easily drafted into a fimir clan, and any fimir fan should really take a look. Accompanying the book is a Myeri clan box. Inside are 9 metal miniatures: 5 Losbast warriors and 4 Oibrithe workers. The box also has parts to convert a Losbast warrior into a Draoi wizard, an Oibrithe worker into a Scealai (wandering poet/piper) and to change one weapon into the Pou-Koruru totem of the Meirge (ancestor guardian). 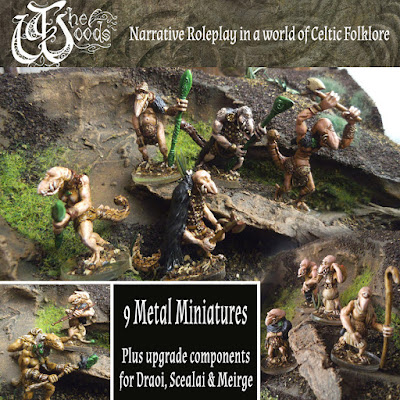 I am always excited at anything Celtic, stooped and cyclopean, but what excites me most about this set are the non-combatants. The workers and the wandering piper are something I that I'd really like to add to my clan. My absolute favourite Myeri was the piper from Oakbounds previous set. These look to be more of that ilk, the smith and mushroom gatherer my favourites, bar the Scealai. The huge Losbast with the totem is giving me the eye too. Well, he has only one, after all.

All in all, a tremendous read. As I say, if you are keen on Celtic folklore, fimir or a new narrative biased game system, give Secrets of Shandisholm a go. You can get more info a the Oakbound site, or from the Facebook page.