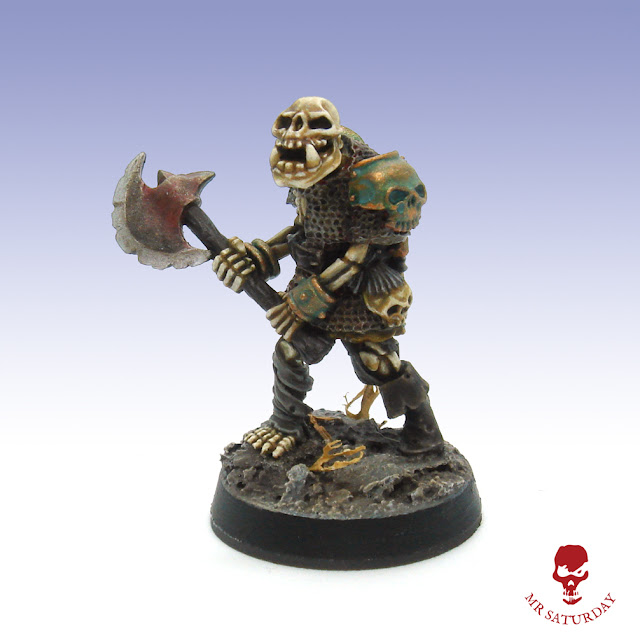 Continuing with my current enthusiasm for all things undead, here we have an undead orc, Morglug. He's from Diehard  Miniatures, one of a set of non-human undead. As joining the ranks of my undead host, he will also serve aboard the ghostship as part of my Ghost Archipelago crew as a bit of muscle.

I have quite a few other undead orcs, so I may build up a warband of former greenskins in time. FOr now though, it's just this lad. Here's his tale:

Morglug is the most unusual of orcs. He has been dead for some time, but for some reason, seems have decided to ignore this fact. One explanation is possibly that most perplexing of orc traits, their belief that is something is, then it is. Morglug believes himself to still be alive, and so despite his internal organs falling out and his skin rotting away, merrily continues on. There is no necromancy that animates Morglug's bones, no master he follows. He insists on continuing on much as he once did, though the grog tends to go to waste as he pours out into his empty throat.

In recent times other undead greenskins have been seen in Morglug's company. Perhaps his power is growing, raising others to follow him in his wanderings across the lands. 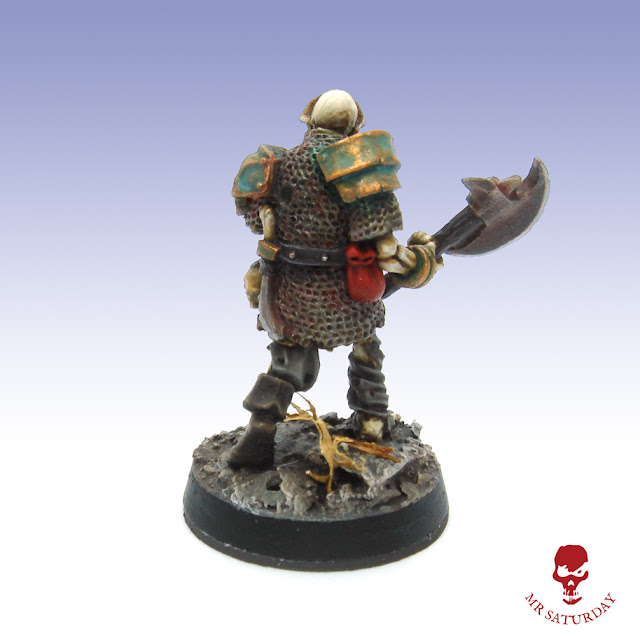 So there we are. Next up we have some salty undead crew members for the ghostship. (name to be decided, but it'll be super spooky.) Some regular crew first, then we'll get onto the tasty characters like the captain and the old man of the sea.