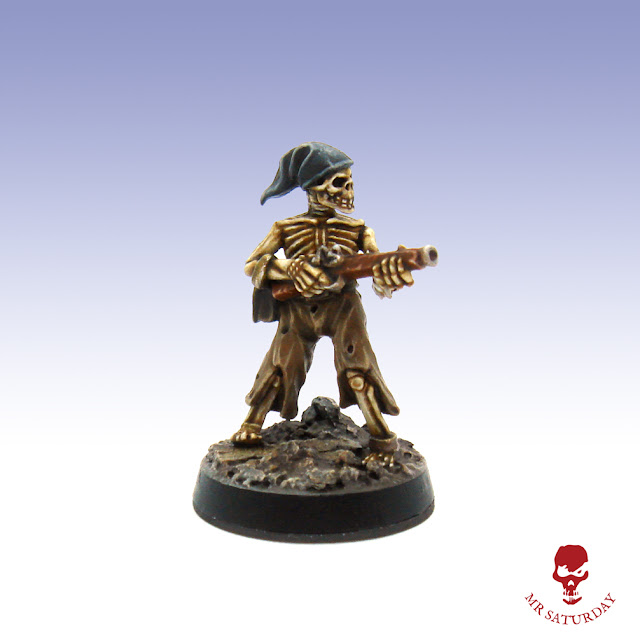 Another crewman drags himself out onto the deck today, the steadfast Hiram Gunwalloe.

Hiram is a long-serving hand aboard the Kraken. He is known for two things: his deep affection for all things blackpowder, and his sonorous singing voice.

Hiram lovingly maintains an ancient musket he refers to as Wee Belle. Despite Hiram's attentions, Wee Belle still works mostly due to the enchantments laid upon the Kraken. The gun fires wraithshot, and with each hit the rust and corrosion on the gun recedes just a little. It is the same with all the Kraken's guns, from pistols to eight pounders.

Often is the chance you'll come across Hiram sitting on some rail or spar cleaning and oiling Belle while regailing those in earshot with some tragic ballad or lusty shanty. The crew, prone to strange reveries that can often see them fall motionless, find themselves lifted from the fug at the sound of Hiram's voice. For that he is well loved among the ship's crew, and even the captain has been noted to pause for a verse or two. 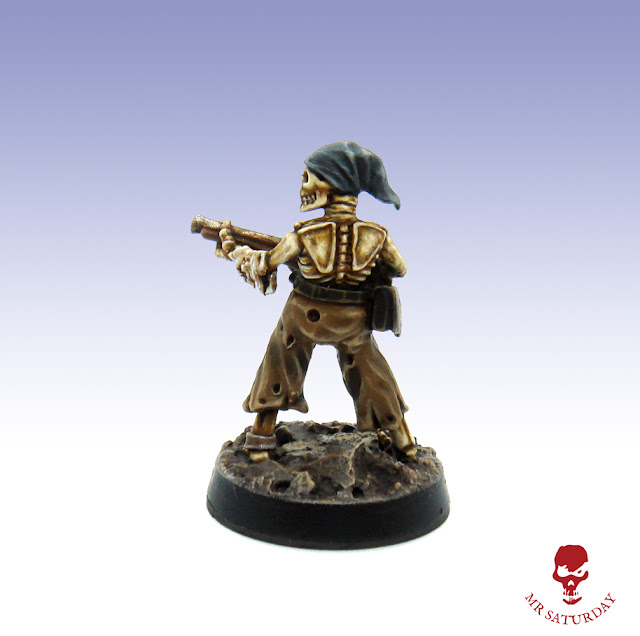 Hiram was sent to me by a good mate, you can see his mighty blog, Leadplague, here. He's a straightforward enough fella, so I just painted him with the palette I used on the rest of the crew. Again, I used thinned contrast as a recess wash on the pants and bone. It's great for adding definition.

Next up, it's time for the Captain.