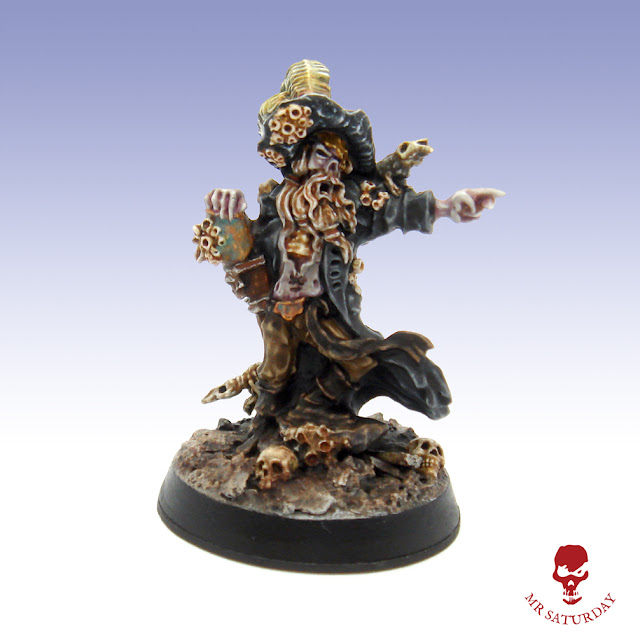 Cap'n on deck! Captin Wither joins the crew of The Kraken this fair morn.

Captain Ephram Wither is as good a captain as you'll find on the seas. Fair-minded, even-handed and not prone to the cruelties that often afflict such men, he could be called warm-hearted were it not for the fact that his heart is as cold as the ocean floor. He is not a bitter or vengeful revenant, he accepts his punishment and knows his path.

Despite his benevolent nature, the captain keeps a tight ship. There is no rest for the wicked, as Wither would say. It isn't the scrubbing that keeps the decks clean though, nor the polish that keeps the brasswork bright, for the brushes are worn and the polish long since exhausted. It is the memory of these endeavours that reverse the rot and rust. To that end the captain ensures the crew see to their duties and not dwell overmuch on their unnerving predicament.

The Captain spends a great deal of time in his cabin poring over old maps, some of parchment, others of less tangible materials. There is much coming and going as crew are called in for opinion, insight or report, all while the ship's bilge rats scurry back and forth fetching some scroll or book. The Old Man of the Sea spends a great deal of his time here also, guiding the Captain's course. The spirit has become a beacon of purpose since its appearance, and purpose is a precious commodity for the dead.

Wither and his crew know there is yet hope, and that is enough. 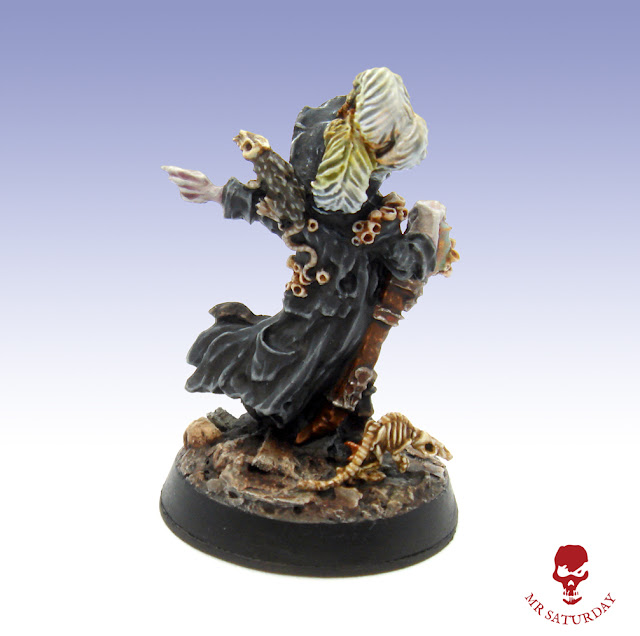 The Captain hails from the Arcwolde range. He's a great undead captain with his giant cutlass and rat friend. I added another dead rat to his base, to push the ship's rats thing. I  have several large undead bilge rats which might make good additions to the crew in time if I can find a place for them in the roster.

The palette for Wither keeps much to the overall palette choices for the crew. I added the creamy white feathers to give him some extra visual pop as well as a more vibrant beard, adding warmer tones into it. I framed his face with the black hat to push this a little further, so while he's still dressed in greys and browns for the most part he's still a little more eye-catching than the other crew. 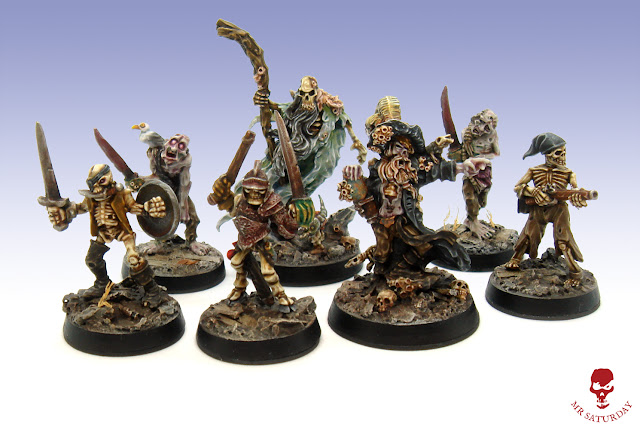 So, with seven crew done I'm down to the last two deckhands and the hunter. I'm going to try to paint the hunter in oilskins as he's got a big old harpoon and I want to channel some of that Moby Dick vibe. Gonna try and cram in as many sea themes as I can here.