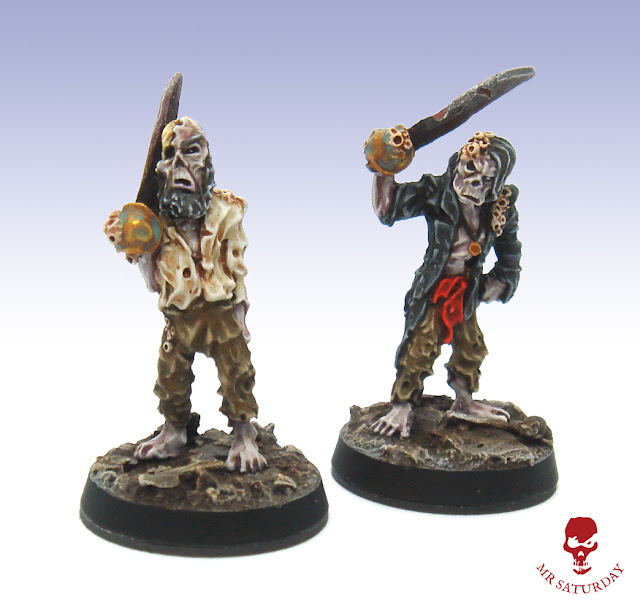 Yo-ho ye sea biscuits! Another pair of old salts here for your inspection. I need at least four deckhands for the crew for Ghost Archipelago, and these two swabs complete that compliment. As the others, they are armed with cutlasses to keep things nice and simple. I might add some deckhands with other weapons once I get a few games in, but for now I'll introduce you to Bilgewater and Ned Mawgan. 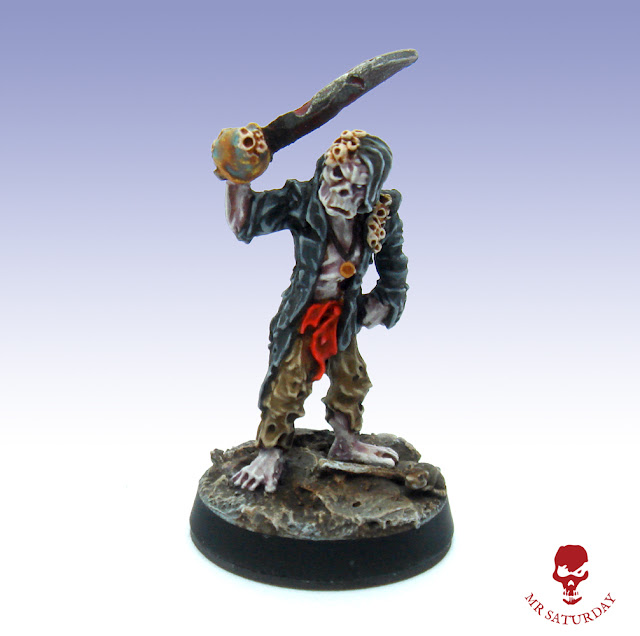 Ned Mawgan is the youngest of the crew that sails aboard the Kraken. Barely out of his teens when the curse struck the ship, Ned is particularly bitter about what might have been. Perhaps due to his lost youth, Ned is full of vim and vinegar, always first over the rail and always advocating the most straightforward action. With his mortal life so close to his thoughts, the curse lies gently upon him, and there are times when he can even pass for the man he once was. It is this ability that allows Ned to venture ashore now and then, to secure such supplies as the Kraken might need, and hound the locals for news. The Kraken's crew might be dead men, but they still love gossip.

Ned even convinced the captain to allow him to visit his home once. It was against his better judgement, but the Captain harbours no small amount of guilt for Ned's fate, and so allowed it. Slipping silently into a lonely cove in the moonlight, the ship waited on Ned to return. So he did, and rather than the expected tale of horror and woe, Ned returned with a tale of a mourning family joyous at their son's return, however briefly. They await him still, and this knowledge steels Ned's heart against whatever trials the Kraken must face. 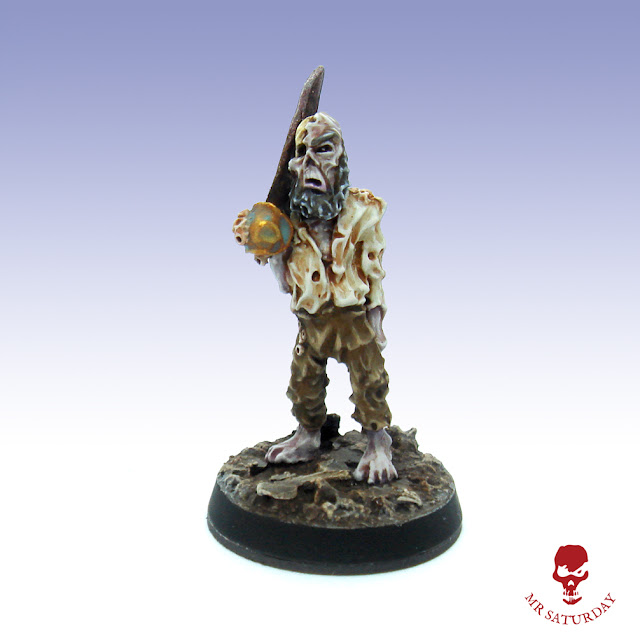 Bilgewater is the most forlorn of all the Kraken's crew. In stark contrast to young Ned, Bilgewater retains no memories of his mortal life. He rarely leaves the ship, and only very occasionally appears above deck. His penchant for haunting the deeperst parts of the vessel earned him his nickname, but in truth, neither he nor his crewmates can now even recall his real name. Bilgewater sees to his tasks without complaint, and his eerily detached manner is a grim warning of what awaits all the crew sbould they slip too far into despair.

These two fellows bring the crew up to nine, almost minimum size for a game. I have my final member, the as yet unnamed harpoon wielder getting some paint at the moment. With luck the whole crew will be done shortly. Of course, there are a few more I want to add after that. The drowned ogre for one, then perhpas another specialist, and I have a sharkman that would look nice with a bit of paint. 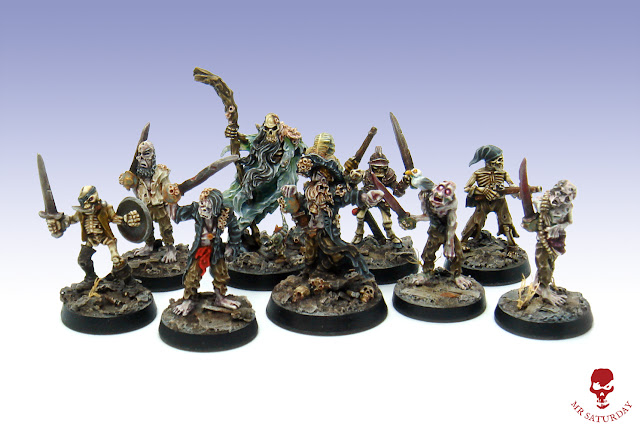 On a side note, I started using a new varnish, AK Interactive Ultra Matte. It really means it, the finish is  very matte indeed. I've been using Daler Rowney Matt varnish for years, with no complaints. AS the AK Ultra Matte is water-based, my only concren is that is won't be as hard wearing. Have any of ye had any experience with it?
Posted by Mr Saturday at 3:03 PM