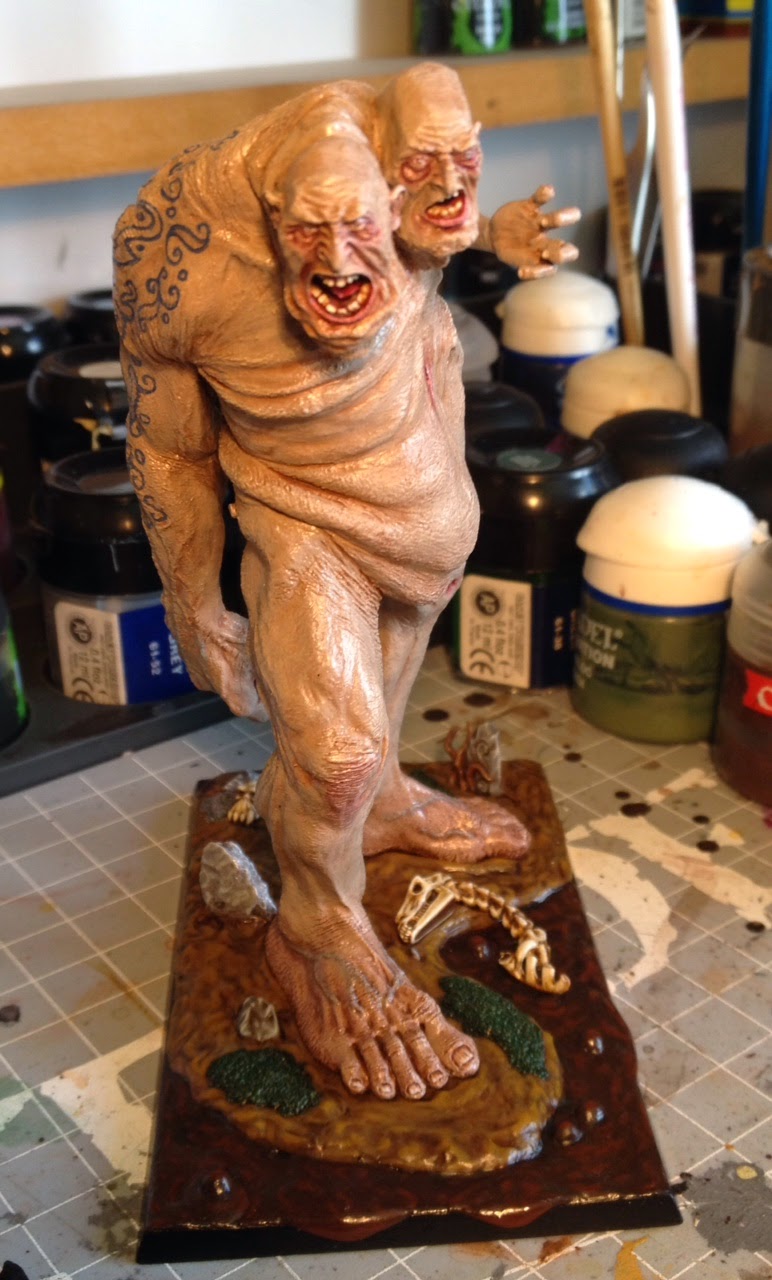 I've been a tad lax on the hobby front lately, trying to catch up on a few things and even watching the odd movie or two. (Let me tell you, The Road is a good movie, but boy, is it a downer.) Even so, I finally managed to finish the Ettin's base and attach it to the big naked guy. It still needs grasses, moss and such. He's just gotten his first coat of gloss varnish, and when that dries I'll hit him with the matt, before re-glossing the bog water and the ettin's mouths and eyes.

Once that's done I'll tackle the loin cloth. It's a little tricky, as it has to be painted before it's attached, as no brush in the world could reach all the recesses were you to attach it before painting. I've added a goat drinking skin from the giant kit to the loin cloth give him some context, scale wise. The tattoos will help give him a sense of scale too. They are small in relation to his arm, and there's a lot of them. The dead horse on the base should help too. I'm primarily going to use him in my fimir army as an athach or a fomorian giant, so the basing is the same as the rest of the fimir. The base skin tone is the same as my wyrm beasties too, so all that should help tie him into the army.

The next update will be the final one, with added ettin underpants.
Posted by Mr Saturday at 3:07 PM