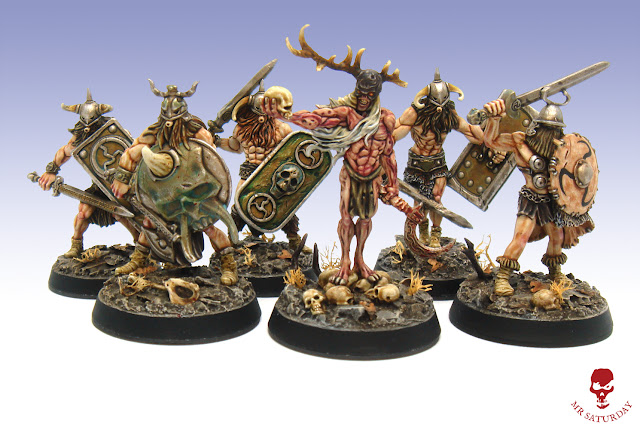 Today we have MORE skull swords for the Sláine project. This time a pair of champions. One from the new Warlord range, and one far older fellow, an OOP sculpt from Foundry whose time has come at last. This guy had resided in my box of 2000AD minis for many years, with no project to call his own. With the release of the new Sláine game though, his lonely days were over, and as a little extra I decided to make him a champion, hence the 32mm base. 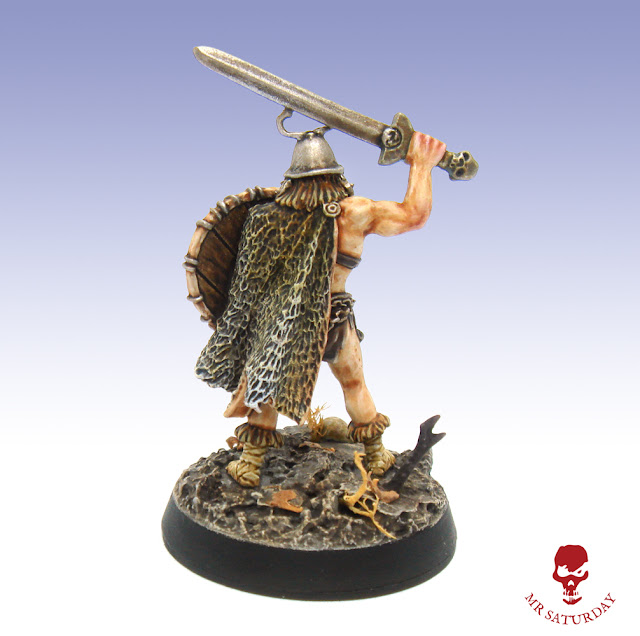 Even when you've had a mini in your 'to paint' collection for years, I find it interesting that you only really look at it closely once you decide to paint it. I'd never noticed the little triskele on his sword hilt, or the fact that he actually had eyes.
I painted him as the rest, and the contrast paint took to him well. His shield was very plain compared to the flamboyant designs of his new peers, so I freehanded a triskele on there to jazz him up some.
It's rather satisfying having him finally added a wee force of his evil brethren. 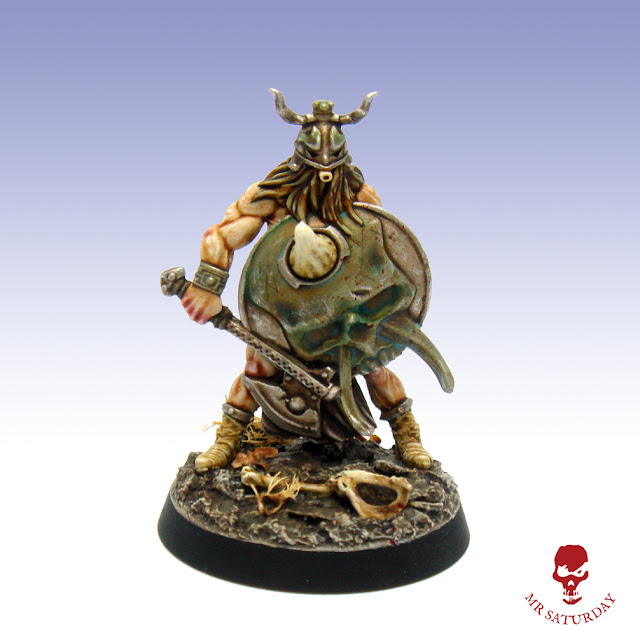 Speaking of shields, look at this! This guy was a mini I'd been really keen to paint since the start of the project, with his massive over the top Gwar concert shield. He's a little more fancy than the basic skull swords, he has a fancier helmet, a better weapon, more bangles and that amazing shield. Let's see that barbarian Sláine get through this!
His basing is the same as the rest bar that little pile of bones. I think they belonged to a mouse. It's been in my bits box for about twenty years. 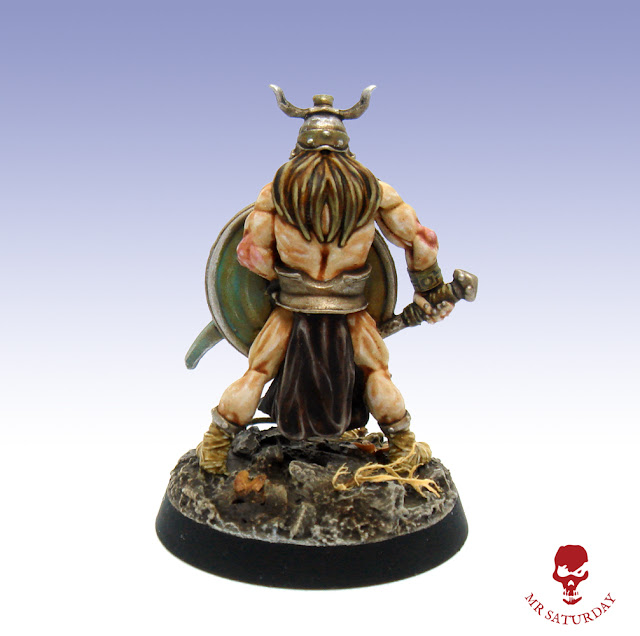 He's manspreading like crazy, but then big skull shields are great for confidence.
So, a pair of new champions joins the force, giving me three heroes. It's past time I added more mooks, so another three pack of axe-wielding skull swords is up next, and a creepy Drune priest.
Posted by Mr Saturday at 8:25 PM