Stargrave 1 - Beginnings of the Murderband 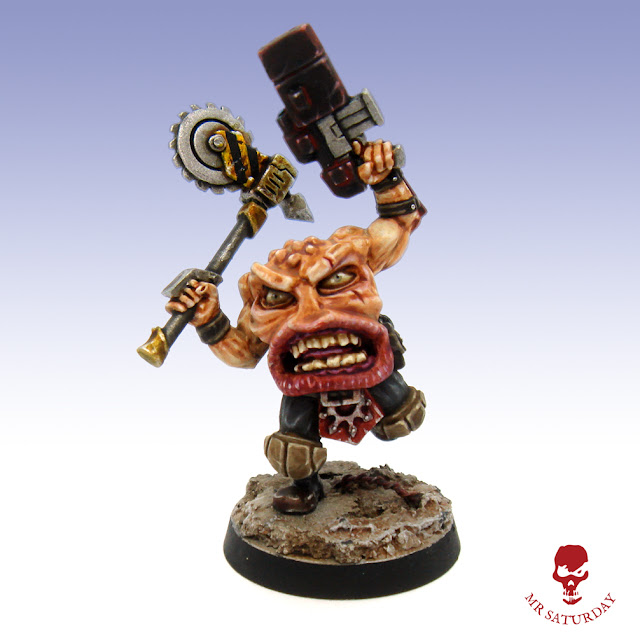 A change of direction here at the Mumblings this day. A grand meeting of my compatriots is planned in a few month's time for some Stargrave action. This meeting is a follow up to last year's very enjoyable Ghost Archipelago meet-up where I took the crew of The Kraken on to greater glory and had a very fun time doing it.

This year it's all sci-fi flavoured, and I'm using it as an opportunity to paint up a group I've long wanted to see on the table, namely Vortag's Murderband, Vortag is a character from my very earliest days of gaming, a World Eater Captain fallen far from his glorious origins as a brother of the XII legion. With just a scant few of his brethren left in his company, he has been forced to recruit warriors of lesser provenance in order to bolster his ragged command.

But despite his predicament, his ambitions are lofty indeed. 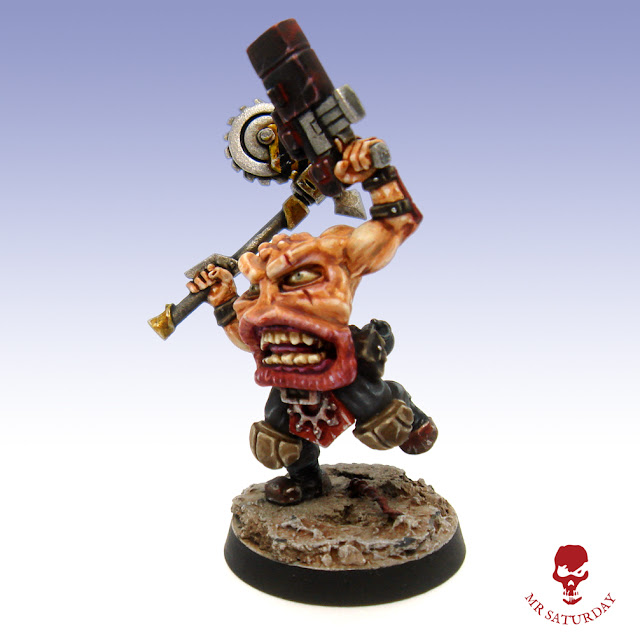 One of these lesser warriors is Conrad Freig, beloved of Khorne. A mortal berserker, Conrad's devotion to the creed of gore is total. So pure was his faith that on his death, Khorne, though taking Conrad's skull as his due, breathed new life into his torn corpse. Conrad rose again, altered, but filled with almost unbearable zeal, ecstatic in the knowledge that his own skull had been deemed worthy. He, and others like him now serve as devastating line-breakers for Vortag's warbands.

Conrad is a Diehard mini, and I used a combination of contrast and standard paint techniques on him. Contrast paints are settling into my painting armoury nicely now. I love making glazes with them, and I've taken to using Wraithbone primer as standard now.

Hopefully I'll have another couple of murderous nutters finished shortly. 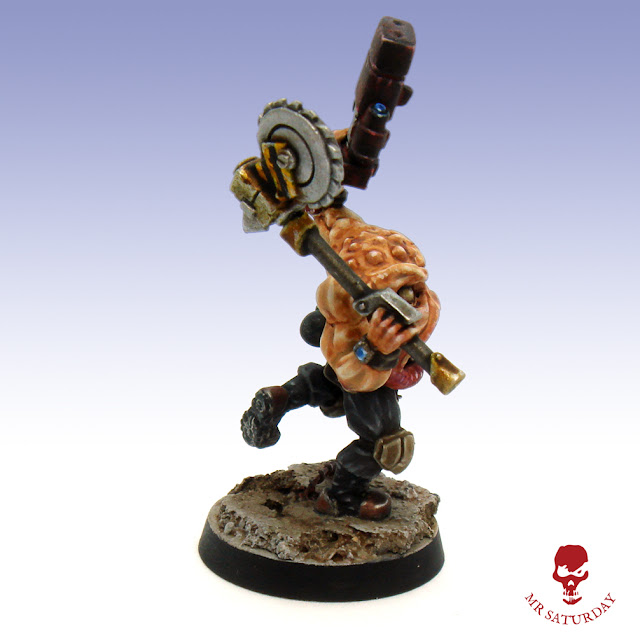