Here's the last member of the first rank, the standard bearer. He's not totally finished, he needs some facial work to add a scar and perhaps lose a tooth, and a couple of small touches to his ragged hood. The tail on this one was more problematic, as the rear of the body has a mail loincloth. There was a handy space where the tail could sneak out the side though, also helping with ranking. I'm waiting on some more bases from Microart Studios before I can get into the next rank, so I may start on the larger Fimir in the meantime. 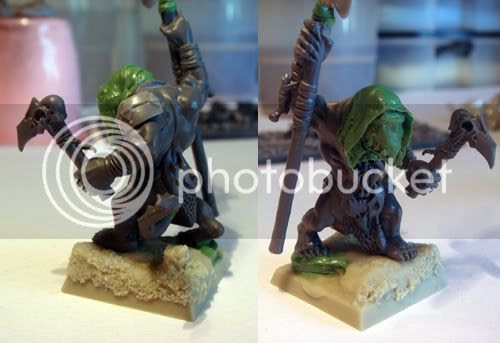 This is a shot of all the fimir assembled so far. You can see a Bloodmoon bog raider at the back there too, who I'll sprinkle throughout the unit for some variety. With 25% of the first unit assembled, (I've a fifth fimir painted) I'm feeling a lot better about this project. 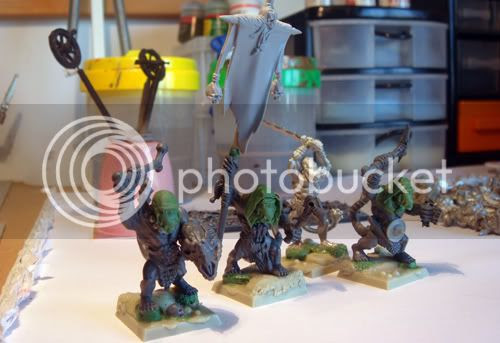