KnaveCon 3 is done, the smoke has cleared and the games are all back in their boxes. We were extremely happy with the turnout and the vibe on the day, everyone seemed to have a fine old time. A big thanks to Vic and Deccie for keeping the wheels on all day, keeping the bank of coffee machines running and manning the bring and buy as well as taking registration. Nice one lads.

The Wee gamers posted an interview about the doings of the day with the incomparable Victor Gannon, you can catch it here.

For my own part, I met up with some of the Irish Oldhammer personalities to run our participation game. Paul, Sean and John (Cheetor, theOttovonbismark and Just John respectively from the Oldhammer forums) had taken various responsibilities for building terrain, painting figures and assembling cards and playing sheets. Once we had reconciled our online preconceptions with the real life versions of each other we pulled ourselves together and set up.

We had intended running a few games over the day with some breaks in between, but with a list of people interested in playing the whole break thing flew out the window. Despite a hideous lack of preparation and zero playtesting, somehow the whole thing held together and provided us with a copious amount of entertainment. We gave the players four turns of mayhem before the slann rescue party arrived, giving the fimir another four turns to make it back to the beach. The slann hero on cold one wearing a power fist was particularly feared as he punched the raiders back to the waterline.

Some favourite moments: three eagle-eyed halfling milita managing to shoot a fianna fimm square in the eyeball, the players realising they could use the larger fianna to throw sheep and halflings, and the scrum over halfling princess as one warband struggled to murder their way through the halfling guards only to have a rival fian sprint in, grab her and run headlong back to the beach. Good stuff.

There are a few things we would tweak if we ever ran it again, remembering to bring stats for the fimir being high on the list. There was enough accumulated knowledge to get us by on the day though. Sean's sheep (sculpted, cast and painted in a very short amount of time, I might add) were easily my favourite thing on the day, and I fully intend to convert a fimm carrying one under each arm as a tribute to the day. All in all a great success and we're certainly giving thought to running something else in the future. Finally, a little group shot of all the oldhammer gents there on the day.

With that, I'll leave you with some more images from the day. 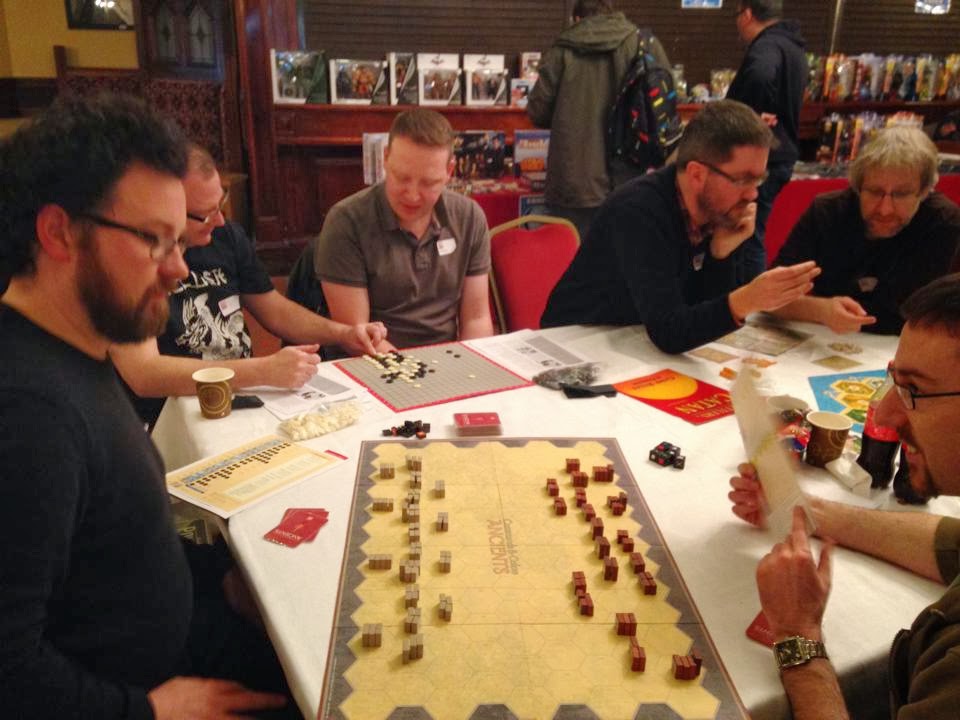 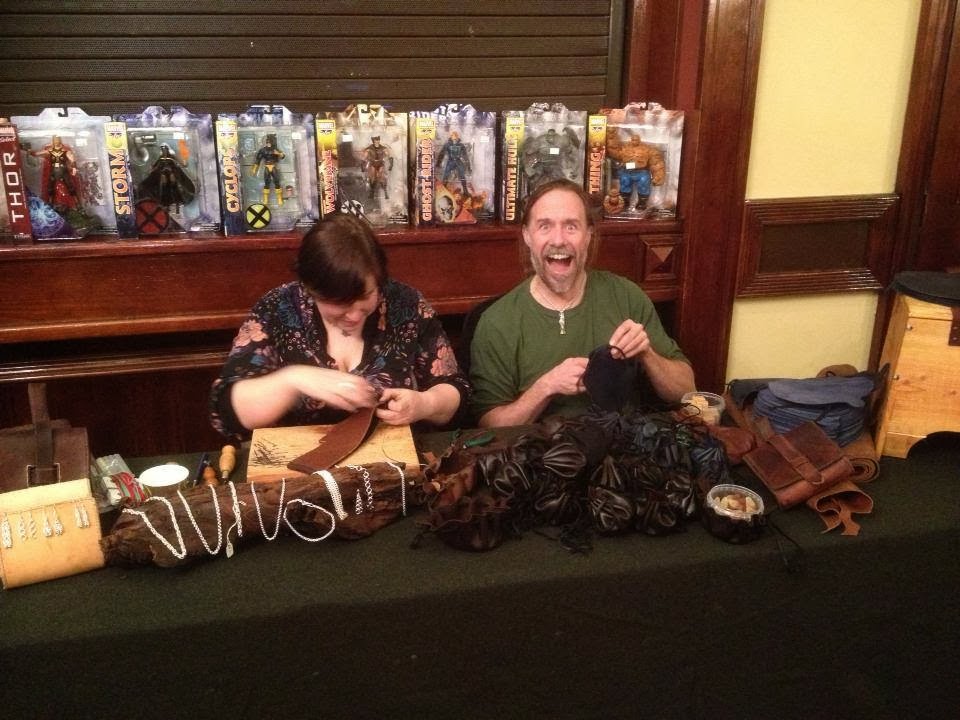 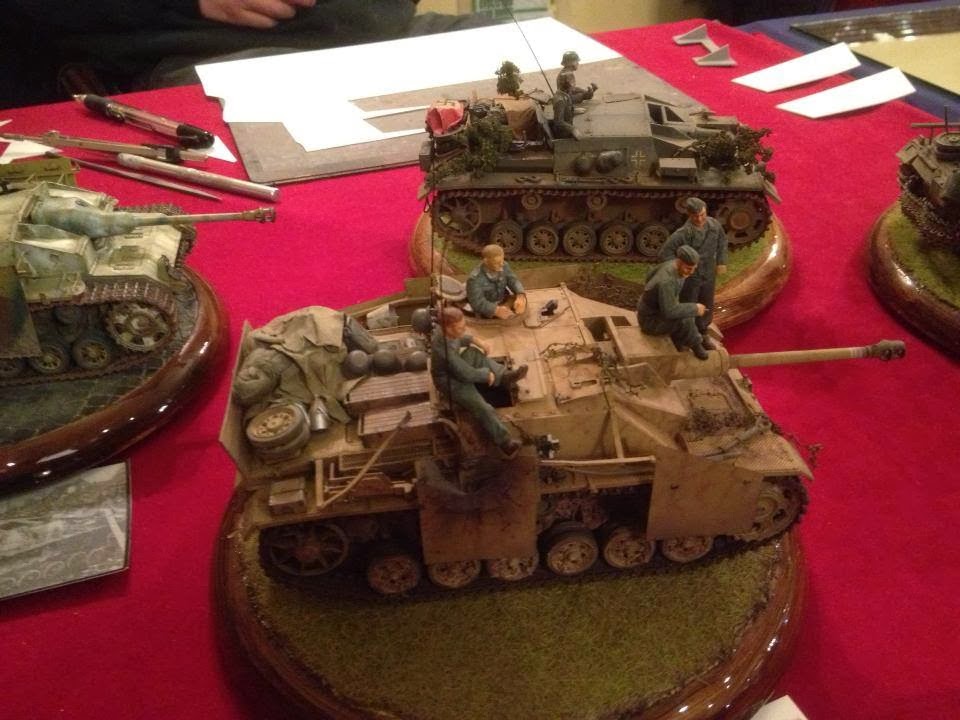 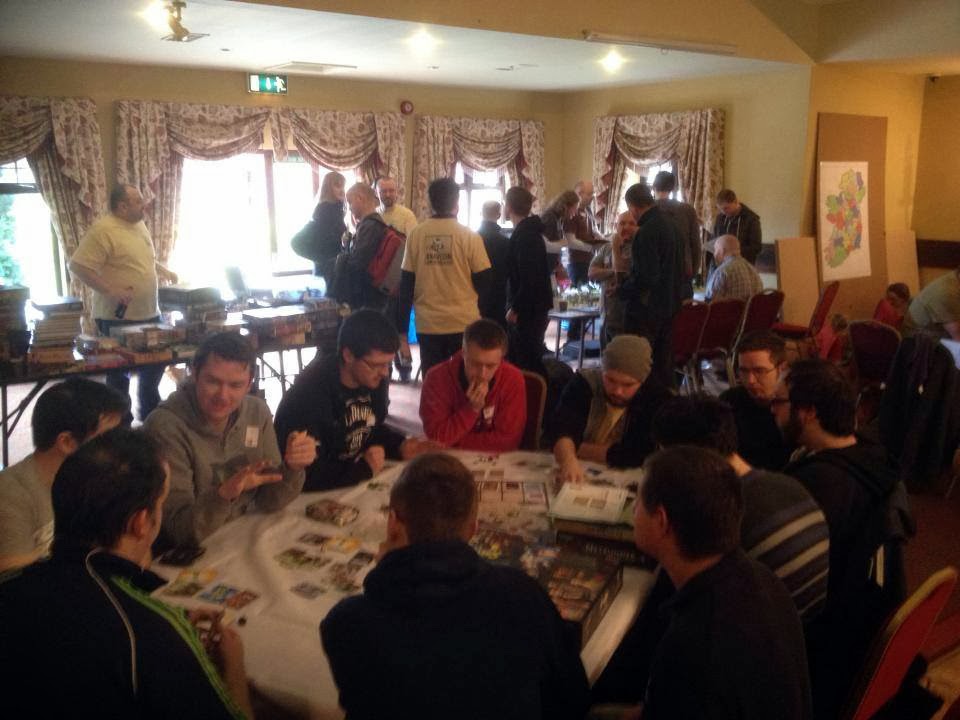 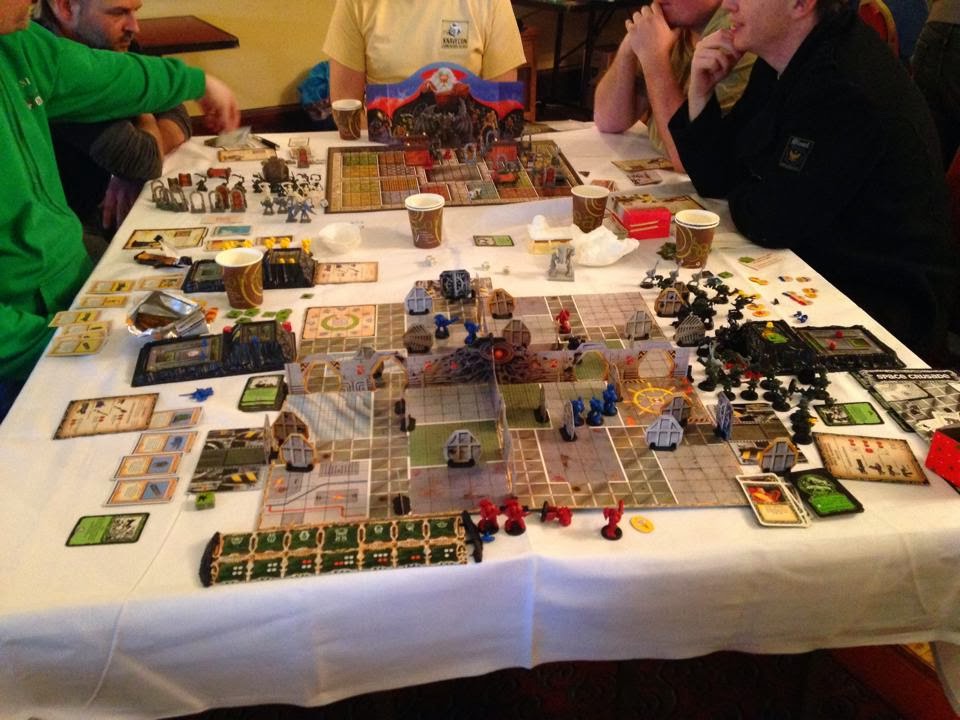