Cover me in Glory, Liebster Award 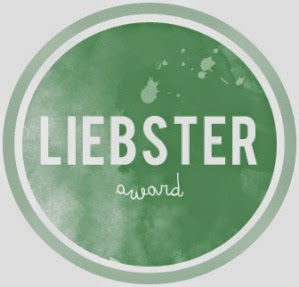 The Liebsters are doing the rounds again, and this time Carsten from the tremendous Clamshells and Seahorses (best blog name ever) has seen fit to bestow the Liebster upon me. Though undeserving of such a glorious accolade, one will do one's best to muddle along.

Seems the first thing is to reveal 11 truths about myself. Hmm. Okay so. BEHOLD.

There you go. Now, questions from Eval!
Fantasy, if I'm honest. Why? Swords.
White Dwarf 95. Warhammer 3rd edition release issue. Hooked ever since.
The GW dwarf book.
Zombiecide.
More a painter, because it's easier to pick up the paints than get a group of mates together to game.
Jes Goodwin if I had to choose one. Which is hard.
Russ Nicholson, for the work he did for the Warlock of Firetop Mountain. Heavily influenced by youthful awe mixed with elderly nostalgia.
It's Citadel.
Games Workshop. Yeah?!
Morbius the liche. My alter ego in my undead army for almost thirty years.
Don't be ridiculous.


Now to pick eleven blogs wot I like. Carsten already picked a bunch I would have, but here's what does it for me today:

And the questions for these blogs that are like unto the Gods themselves.